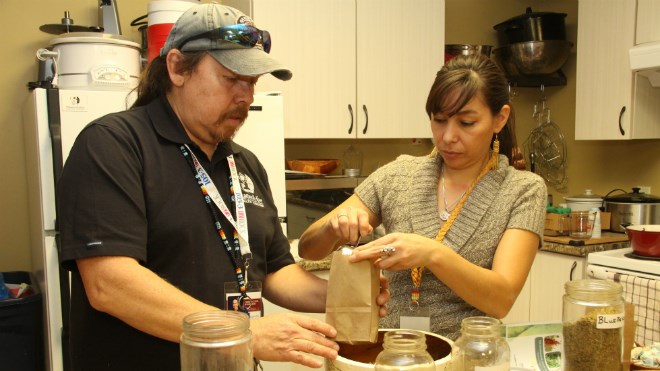 First Nations, Métis and Inuit populations are have diabetes rates up to three times as high as the general population, according to Statistics Canada.

The Canadian diabetes rate for the non-Aboriginal population is around five per cent.

Tammy Stevens, a commencing nurse practitioner with the Shkagamik-Kwe Health Centre, said genetics play a role in the higher rates of diabetes among Aboriginal people, but changes in lifestyle also contribute to the elevated rates.

When most First Nations people transitioned from a nomadic lifestyle of hunting and gathering to the more sedentary way of life associated with modern living, it led to a number of health problems that did not exist previously, or were very rare.

To help First Nations and Métis people in the Sudbury area the centre has a number of programs to encourage healthy eating and active lifestyles.

They range from zumba programs to cooking classes.

The centre has a number of primary care providers on staff, but also offers traditional medicine to combat chronic diseases like diabetes.

Perry McLeod-Shabogesic, the centre's director of traditional programming, concocted a tea made of herbs and dried fruit Friday that he recommends to clients with diabetes.

“It's a more natural way of managing your sugar levels,” he said. “It's not a cure for diabetes.”

For the tea to be effective it should be part of a regiment that includes a healthy diet and regular exercise, McLeod-Shabogesic said.

Stevens said some of her clients choose western medicine for their treatments, while others prefer traditional medicine. There are some clients, she said, who combine the two.