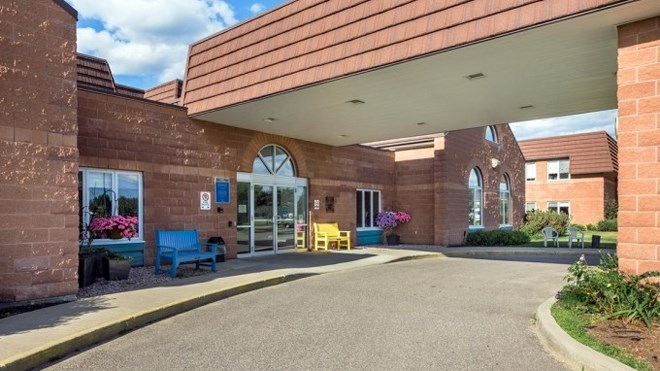 The 128-bed Elizabeth Centre long-term care home in Val Caron had to be partially evacuated this morning due to a small fire in a bathroom. (Jarlette Health Services)

Some residents of the Elizabeth Centre in Val Caron had a rude awakening at about 3 a.m. this morning when what is suspected to be a short in a bathroom fan caused a small fire.

Greater Sudbury Fire Services received the call just after 3 a.m. regarding a fire in one of the wings of the long-term care home.

Residents with rooms near the bathroom were evacuated for their safety. The fire department said the fire was small, if smokey, and was contained to the area of the bathroom. The entire building didn't need to be evacuated fully.

The all-clear was declared around 4:40 a.m. and residents were allowed back into their rooms. No injuries were reported.

No new forest fires in northeast Sunday, fire hazard generally low
Jun 1, 2020 11:12 AM
Comments
We welcome your feedback and encourage you to share your thoughts. We ask that you be respectful of others and their points of view, refrain from personal attacks and stay on topic. To learn about our commenting policies and how we moderate, please read our Community Guidelines.