Some afternoon school buses cancelled: You may have to pick up your child

Consortium unable to drop students off on a number of roads, mostly in outlying areas
Dec 9, 2019 2:11 PM By: Sudbury.com Staff 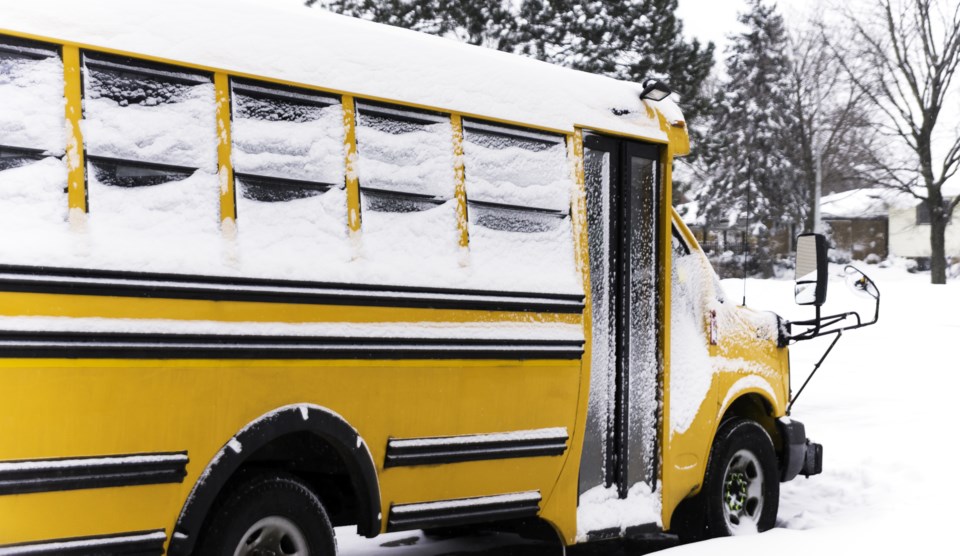 Attention parents — if you live on a rural or side road, it's possible you'll have to pick your child up at school this afternoon, even if they were able to catch the bus this morning.

The Sudbury Student Services Consortium just announced via Twitter they won't be able to travel on a number of roads this afternoon due to the freezing rain and poor road conditions.

Several Sudbury Catholic District School Board elementary schools are advising parents that due to the worsening weather, they can come to the school at any time to pick up their child, with no attendance penalty.

Here's a list of the roads the consortium won't be able to service this afternoon: