Some power outages, downed power lines due to early-morning storm

Power should be restored to Canada Revenue Agency building shortly after outage earlier this morning
0
Aug 28, 2018 8:01 AM By: Sudbury.com Staff 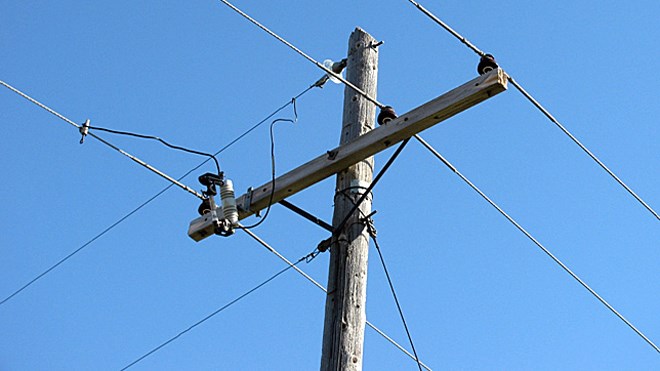 Sudbury Hydro reports that the downed power line in Copper Cliff has been fixed and power has been restored to the Canada Revenue Agency building.

As of  9 a.m., there was a small power outage in the Minnow Lake area affecting 10 customers. Crews were on the way, but there was no estimated time it would be repaired.

Greater Sudbury Hydro tweeted just before 7 a.m. that a blown fuse had cut power to the Canada Revenue Agency building. The utility said just before 8 a.m. that power should be restored to the building shortly.

There was also a power outage in the Moss/Lauzon area, but Greater Sudbury Hydro said just before 7 a.m. that was expected to be restored shortly.

As well, there's a a downed power line on Oliver Street in Copper Cliff. "PLEASE STAY AT LEAST 10M AWAY! Do not try to cross or move the line...it could be fatal. Keep kids and pets away too. Crews responding," the utility tweeted just before 8 a.m.

Coronavirus risk in Canada remains low despite second case, feds say
Jan 28, 2020 9:00 AM
Comments
We welcome your feedback and encourage you to share your thoughts on this story. We ask that you be respectful of others and their points of view, refrain from personal attacks and stay on topic. To learn about our commenting policies and how we moderate, please read our Community Guidelines.

Sudbury gas 120.9 today, but could a Tuesday gas price spike be coming?
0