Special fund aims to ensure everyone can enjoy Kivi Park 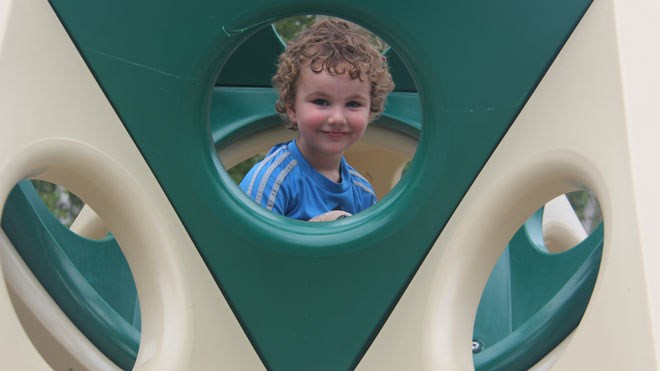 A child enjoys the playground at Kivi Park in 2019. (File)

The people who worked to create Kivi Park in the city's South End have implemented a plan to ensure they have the funds they need to maintain the park — and that anyone who can't afford a pass will still be able to access the park.

Kerry Lamarche, who became the park's executive director last month, said they have created a special account funded by supporters.

“So this is a fund that will provide anyone who doesn't have the means to pay for a pass to access to Kivi Park,” Lamarche said. “So when you go online to purchase a Kivi pass (https://kivipark.com/kivi-park-passes/), you'll see a link to the Affordability Fund and there you can go through a simple application process and you'll be approved and sent a pass.

“We wanted to make sure that no matter what your financial situation is this year – or next year – that you would still be able to access the park.”

That fund sits at $33,000 right now, she said, and residents can go online now to apply.

“There's also a Pay It Forward Pass program,” Lamarche said, in which supporters have the option of paying more for their annual pass, with the extra money going to pay for passes for people who can't afford them.

“For every dollar in 2020 that is raised towards the affordability fund, it's going to be matched by an anonymous donor up to $100,000 … We're really proud of it, and, as far as we know, there aren't any other parks or attractions that have a fund of this kind and of this magnitude, so we're really proud of that.”

Annual adult passes cost $100, youth passes (under 18) are $50, while family passes are $240. A day pass is $9. People who want to take part in the pay-it-forward program can pay the equivalent of two passes, or residents can simply donate directly to the Affordability Fund.

Kivi is located on Long Lake Road and includes lands formerly occupied by Long Lake Public School, as well as land donated by Sudburian Lily Fielding. At 450 acres, Kivi Park is the city's largest park and has hiking, biking and walking trails, as well as cross-country skiing, snowshoe trails and skating areas.

It operates as a non-profit, and outside of Lamarche, is run by volunteers who donated their time making more than $3 million in capital and other investments to make the park a reality.

With annual costs running at $250,000, Kivi announced last year it planned to charge fees in 2020 to pay for its operations. The only funding provided by the city is $13,000 in property tax relief, and $25,000 generated in rent by a sports equipment rental business that operates on city land.

When the plan to charge for passes was announced, the park said it would have a program for lower-income residents. But there was an angry reaction on social media from people concerned they wouldn't be able to afford it. With the Affordability Fund in place, Lamarche said sales of the annual passes have been strong, and many residents have applied for passes through the affordability fund.

“Absolutely, the Affordability Fund is being accessed,” she said. “And we got a lot of people who are on board and are happy to pay what they can as far as helping with the maintenance and the stability of the park.

“I mean, Kivi is all volunteer run. When you see people at the park working long hours – we've got groomers there at 4 a.m. – they are volunteers. So we're really proud of what we've accomplished.”

Some big improvements have been made to the Nina's Way Skating Path, she said, the 1.1 kilometre path that opened early last year.

“It was finished last March, but looks very different now,” Lamarche said. “This year, we've added the lighting and the sound system. It's honestly breathtaking there at night.

“That's the biggest thing that we've finalized lately, but we're always looking to improve, to expand the park to make it a bigger, better attraction and offer more things for for people.”

While the passes are being sold now, you won't actually need one to get into the park until Feb. 1, when a two-day event will be held to celebrate the next evolution of Kivi.

“It runs from 10 a.m. until 2 p.m. on Feb. 1-2 and we're going to have hot chocolate and things for kids to do, and people can come and see what the park has to offer,” Lamarche said.

“For us, it's exciting to see the people are purchasing their passes and supporting Kivi. We're also excited to see that people are using the Affordability Fund — we're very proud of that.

“Plus we are happy that 2020 is off to a strong start. All our trails are in amazing condition and there's just lots of reasons for everyone come out and enjoy the park.”