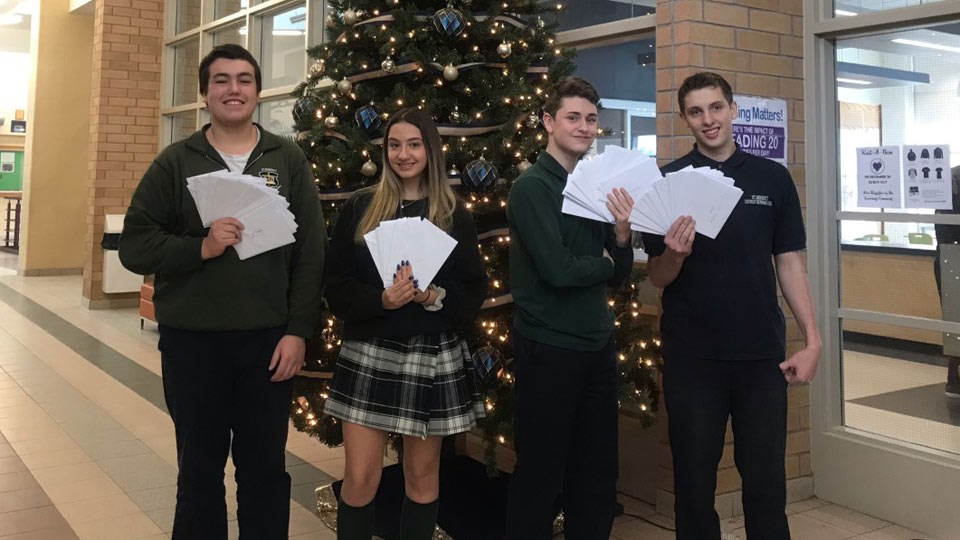 The initiative came about thanks to English teachers Sandra Hayden.

She normally asks her students to write letters to soldiers in October so they can receive them before Remembrance Day.

But this year, Hayden saw a social media post about sending Christmas cards to soldiers, and she thought it was a great idea.

She involved not only the students in her class, but the entire school.

Many students who filled out cards expressed their thanks and offered words of encouragement, though this was not something that they were asked to do.

The cards were placed into a box and sent to an address in Belleville provided by headquarters in Trenton. The school was surprised to find out there would not be a postage charge for the parcel.

“The students were engaged in asking lots of great questions and trying to understand the sacrifice that our Armed Forces personnel do on a daily basis,” said an email.

“We really do appreciate the sacrifice that has been made for us.”