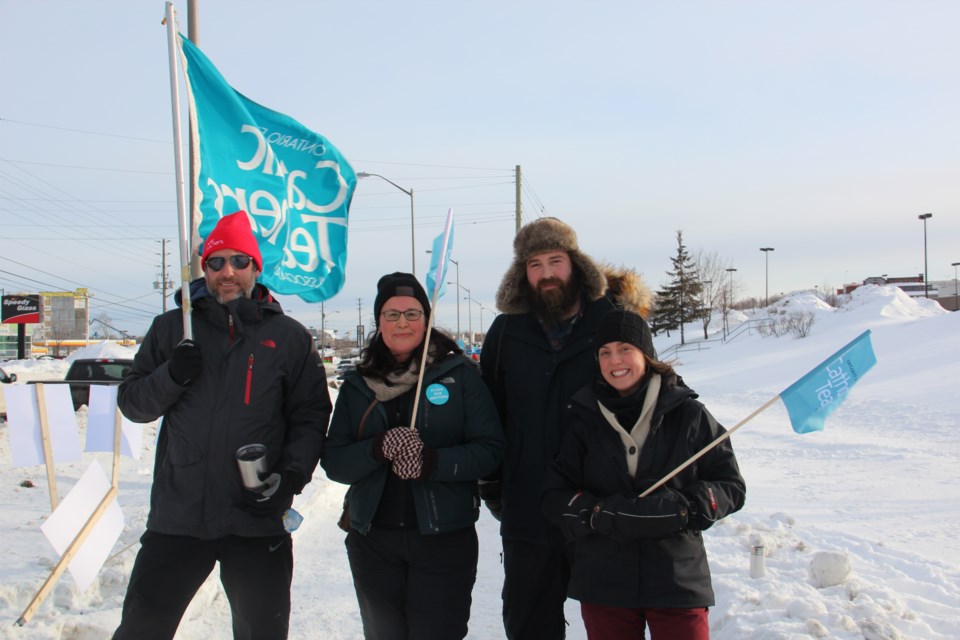 The Sudbury Catholic board has announced all of its classes are cancelled that day in response to the rotating strike, although daycare centres and before and after school child care programs remain open.

All four local school boards have announced classes are cancelled Friday in response to the provincewide strike.

OECTA announced Tuesday it is heading heading back to the bargaining table, but is also planning rotating strikes starting next week if a deal with the province can't be reached.

Talks between OECTA and the province broke down in January, and the two sides have only had one day of discussions since. The parties are meeting with a mediator this week.

“Teachers and education workers across the province are united, and the public are firmly behind us,” said OECTA president Liz Stuart, in a press release.

“Everyone is saying we do not support the Ford government’s destructive agenda for publicly funded education, and everyone knows the solution is for the government to back away from their reckless cuts and come up with a real plan to reach a fair agreement. But the government still is not listening. All we can do is continue to demonstrate our determination and solidarity.”