Talks will continue this week as both sides eager to end current dispute
Jul 22, 2021 9:00 AM By: Arron Pickard 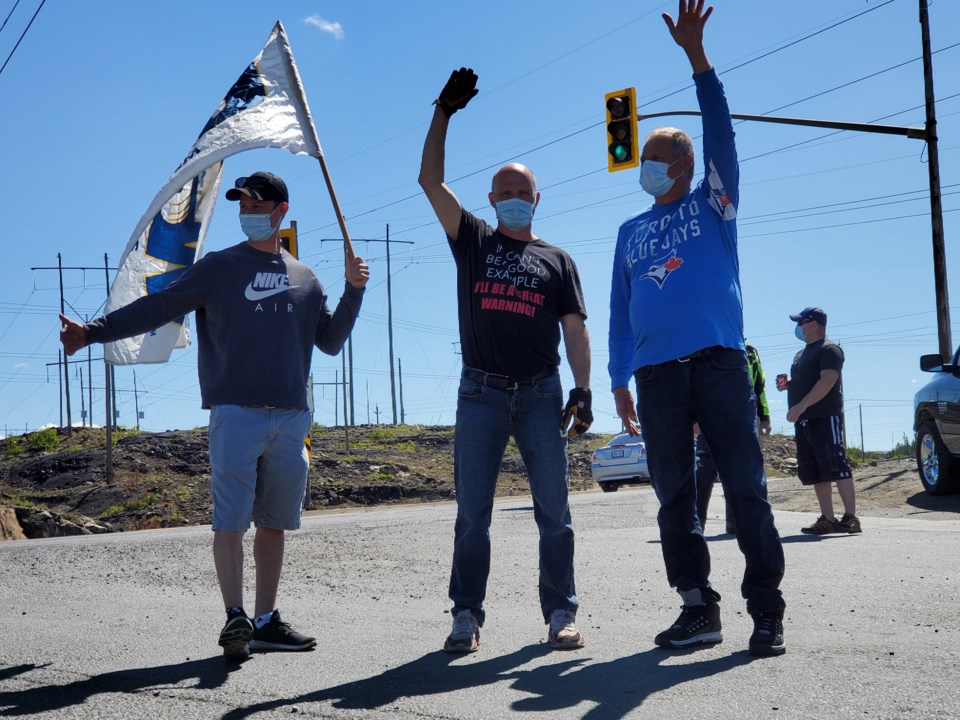 United Steelworkers Local 6500 members on the picket line at the entrance to Clarabelle Mill on Tuesday, June 1.Arron Pickard/Sudbury.com

With the labour dispute between Vale and United Steelworkers Local 6500 now in its eighth week, there is renewed optimism as the bargaining teams returned to the table Monday with the assistance of a third-party facilitator.

The intent of these discussions is for both parties to seek a path forward that will help in ending the current dispute, said Vale spokesperson Danica Pagnutti.

“We expect these talks to continue throughout the week, and out of respect for that process, we will not be making any public comments as talks continue,” Pagnutti said in an email.

Local 6500 vice-president Kevin Boyd said the mood among the 2,500 members on the picket line is one of optimism.

Union members walked off the job on June 1 after rejecting Vale’s first offer. A second offer was also rejected by the membership.