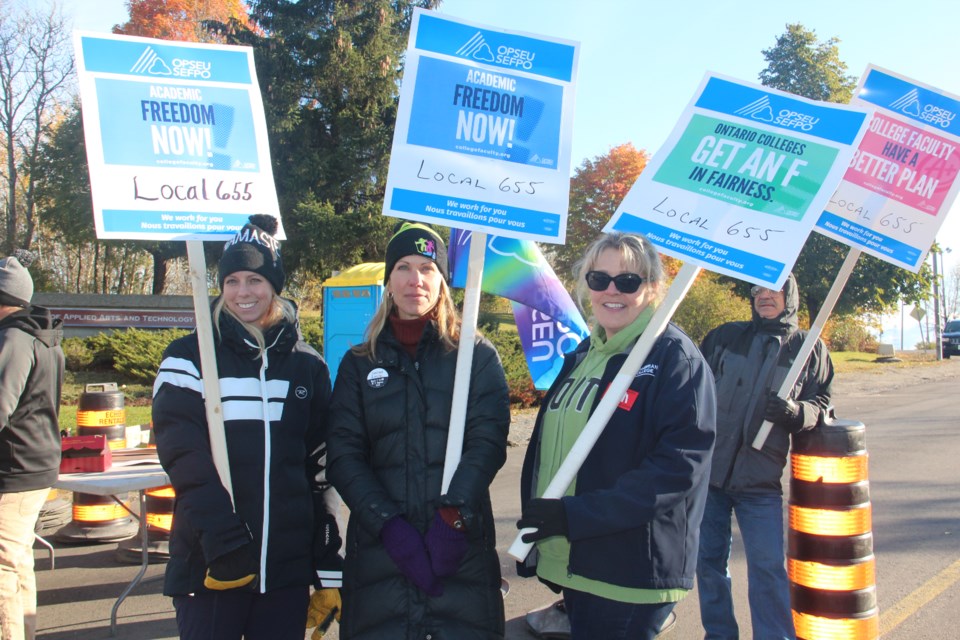 A student group says it's “frustrated” by the strike by faculty members at Ontario's 24 community colleges. (File)

A student group says it's “frustrated” by the strike by faculty members at Ontario's 24 community colleges.

The 12,000 faculty members, represented by the Ontario Public Service Employees Union (OPSEU), went on strike at midnight Monday after a deal could not be reached with the College Employers Council (CEC).

“Students are the at-risk party in this dispute between administration and faculty,” said an Oct. 13 press release from the College Student Alliance.

“College students urge negotiating parties to return to the bargaining table and reach an agreement immediately.”

Negotiations between OPSEU and CEC have been unsuccessful since July, creating an increasingly uncomfortable situation for students, the press release continued. The last faculty strike was in March 2006 and lasted 18 days.

Though college students have never lost a semester due to a faculty strike, it is a concern students have repeatedly vocalized to student associations and to CSA.

There is no guideline on how long a strike can last which is a frightening reality for students who are financially and academically at risk.

“Whether a student is in their first semester or their last, they’re going to feel the severity of this strike.”

An agreement must be reached. Both OPSEU and CEC have claimed they are putting students first with their current proposals, but have also stated publicly they are still far from coming to a deal.

It is this type of uncertainty that is making students feel hopeless given where they are in the semester and how difficult it would be to fully recover from a prolonged strike.

“Students don’t want to be put in the middle of negotiations or to be used as pawns,” said Willett. “They want to be in the classroom receiving the education they’ve invested heavily in.”