Study looks into whether pandemic is making opioid crisis worse 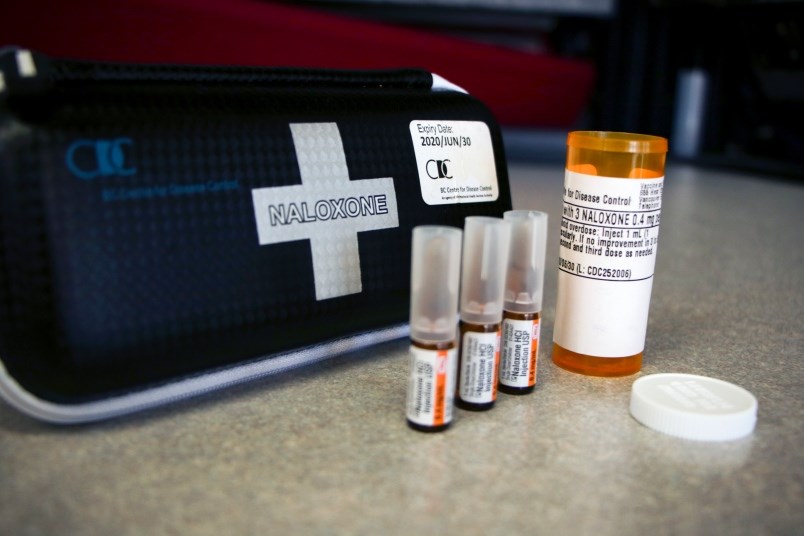 As most Canadians are closely watching the increasing number of COVID-19 cases and deaths in Canada, a recent provincial report from Public Health Ontario shows that opioid related deaths in Ontario are trending to be 50 per cent higher than the number of opioid deaths last year.

Part of the reason might be due to the pandemic itself. When the pandemic was declared on March 17, there was a spike in the number of opioid deaths in the first 15 weeks of the pandemic.

There were 695 deaths. This was an increase of 38 per cent over the opioid fatality rate for the 15 weeks immediately prior to March 17, which documented 503 deaths.

If the current trends continue, the PHO report said 2,271 opioid-related deaths are expected to occur in Ontario this year, compared to 1,512 deaths in 2019. That would be the increase of 50.19 per cent.

Also among the findings in the report is that the pandemic had an impact on the numbers, methods and places where drug users had overdoses resulting in deaths.

One finding is that nearly three quarters, or more than 73 per cent of the deaths, occurred when no other person was present to intervene. This finding showed only a slight increase in the statistic for pre-pandemic deaths in 2020, which was slightly more than 71 per cent.

The report also revealed that during the 15-week period after the pandemic began, there was a statistically significant shift toward opioid-related deaths occurring more commonly among men.

Another finding related to the overdose deaths mentioned the method of drug use. The report revealed that during the pandemic, "there has been a significant shift towards opioid-related deaths with evidence of a pipe/foil for inhalation at the scene, with approximately one-third of deaths having indication of supplies for inhalation."

The report revealed that this trend follows a pattern of increasing evidence of inhalation as a potential mode of drug use that has been observed among deaths in Ontario and British Columbia over the past few years.

"Therefore, it is not clear if this trend is due to circumstances related to the pandemic or a continuation of pre-existing trends towards more inhalation of drugs," said the report.

The report also revealed that there were fewer resuscitation attempts and less naloxone administered when overdoses occurred and people died during the pandemic period. It was found that in most cases naloxone was given by a bystander and less commonly by a first responder or in a hospital setting.

"This may reflect patterns of people being more likely to be alone at time of opioid toxicity described previously in this report, reduced access to harm reduction (e.g., overdose prevention and supervised consumption and treatment services), and lower rates of naloxone dispensing through pharmacies observed early in the pandemic," said the report

As for the drug of choice involved in overdose deaths, the report found that Fentanyl was more commonly a direct contributor to opioid related deaths (87 per cent) compared to the pre-pandemic group (79 per cent).

It was also reported there was no increase in the use of Fentanyl analogues, e.g. carfentanil, in connection with overdoses during the pandemic.

As for the rate of opioid-related deaths in the 15 week periods before and after the pandemic, one of the biggest increases occurred in the North Bay Parry Sound District Health Unit jurisdiction, where the rate rose from six deaths per thousand to 14 deaths per thousand.