Sudbury and Nickel Belt MPs support prorogation, say it's the right time for a reset

Throne speech from eight months ago is no longer relevant in the midst of pandemic say Serré and Lefebvre
Aug 23, 2020 9:00 AM By: Matt Durnan 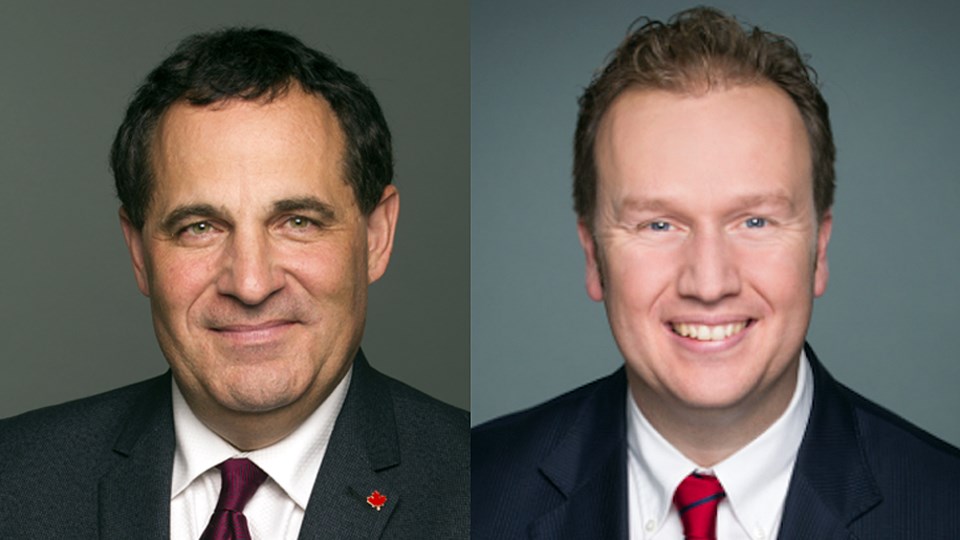 Local Liberal MPs Paul Lefebvre and Marc Serré say Prime Minister Justin Trudeau’s decision to prorogue Parliament was necessary given the changes the country has seen due to COVID-19.

Canadian Prime Minister Justin Trudeau announced Aug. 18 that he would prorogue parliament until September, effectively halting government until the Liberal party relaunches its agenda with a speech from the throne on Sept. 23.

Proroguing ends a session of parliament and means that new laws can not be passed during this period of time and allows the government to reset its priorities and lay out a new agenda.

"The speech from the throne back in January is not relevant any more given the pandemic and the reality that we're facing," said Lefebvre, MP for Sudbury.

"Resetting the agenda and bringing a new agenda to the House to have parliamentarians vote for it is not unheard of at all, actually it's kind of normal that this happens."

Serré, the MP for Nickel Belt, had similar comments, noting that prorogation, while not the most popular decision, was necessary at this time.

"With the summer we're having here, the last throne speech was eight months ago and pre-COVID, so it's a good opportunity now because what I'm hearing from constituents is we have to look at a new approach and some new ways of doing things," said Serré.

Criticism from the nation's official opposition party of the decision on prorogation has not been in short supply, given the timing with the nation in the midst of a pandemic and Prime Minister Trudeau at the centre of the WE Charity controversy.

Outgoing Conservative Party leader Andrew Scheer called the move "spineless" and said that the prime minister was "walking out on Canadians in and attempt to make them forget about his (alleged) corruption."

"There was an unprecedented amount of meetings of the finance committee since back in June about the whole WE question, and they're more than welcome to bring it back after the House is brought back after prorogation," said Lefebvre.

Trudeau's chief of staff Katie Telford recently submitted a nearly 5,000-page document related to the WE Charity, and Serré says that the opposition will have plenty of time to digest the document and bring their questions and concerns forward in a month's time.

"I understand the concerns from the general public about the perception of avoiding this issue,” Lefebvre added.

“Obviously the opposition's job is to highlight some of these components, but at the end of the day, the prime minister has been in committee, we've had several ministers, the chief of staff just submitted a 5,000 page document, so in a minority government there will be ample time in September when the House is recalled,

Despite the criticism, Serré explained that in his five years in federal politics, this has been one of the busiest summers he can remember.

"This is the first summer we've had committees during the summer in five years, every other summer there was no committees, and the Parliament was recalled roughly the same time as it's being recalled today," said Serré.

"We've been busy helping people, we have infrastructure projects with municipalities, funding with the United Way, with food banks...there's a lot of work that's still being done, but it's important now to deal with the future and how we deal with health issues because of COVID and we have to deal with the economy because we have to get people back up and running."

The Canadian government will release its plan to rebuild the economy with the throne speech on Sept. 23, followed by a confidence vote on the new plan. Should the confidence vote fail, an election would be triggered, but neither Serré nor Lefebvre want to see that happen.

"I really hope not. I really don't think Canadians want to go to an election right now," said Lefebvre. "I think Canadians right now are concerned about jobs, about putting food on the table, and business owners they want to be able to employ people and pay their bills."

Serré said that in a minority government, the reality of an election is always there.

"As the Liberal party we don't have enough votes, if the opposition decides they want to take down the government for decisions we've made then they have that option, there's three recognized parties in the House of Commons and they all have to make their own decisions."