Sudbury at the start of a 'boom time' Chamber prez says 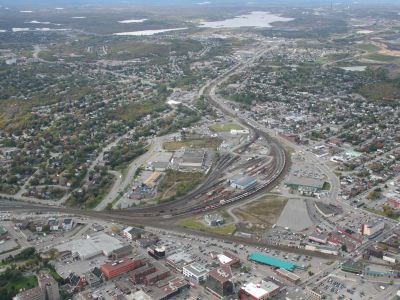 Sudbury stands on the precipice of an economic boom, according to economists at BMO Capital Markets. File photo.

Sudbury could see 4,000 new jobs by 2016, according to a report released today by BMO Capital Markets.

The forecast comes from a snapshot of the local economic scene, or regional close-up, compiled by BMO economists that looks at Sudbury's business sector, labour market, demographics and real estate and construction sectors And the news is positive.

Although the report does not use the word itself, the forecast it contains describes nothing less than a booming economy.

The highlight of the report is the projection that, if the current momentum is maintained, the city could see 4,000 new jobs added to the economy by 2016.

Such a big jump will touch virtually every sector of the economy, the report suggests — from the retail sector to the housing market, the ripple effect of resource sector investment in Sudbury will see the city's economy benefiting for years to come.

Although job growth remains modest now, “employment in Sudbury has recouped all of the declines suffered during the recession,” the report states.

Last year, the city's jobless rates fell as low as 5.6 per cent, not as low as the record 5.1 per cent set in mid 2008. Although that rate has climbed back up to 7.2 per cent, it is still below that for all of Ontario, the report points out.

The city's small labour pool makes statistics like the jobless rate more prone to fluctuation than that of larger urban areas, but “the underlying trend is clearly improving.”

“(It is) a stark turnaround from about 15 years of a consistently high local unemployment rate,” the report's authors found, pointing to “surging commodity prices and their positive impact on mining” as being a major driver of this positive change.

What's more, BMO economists predict that the unemployment rate should dip below six per cent by 2016, around half a percentage point lower than the Ontario average and back near pre-recession lows.

All of this leads up to the projection that the city could add 4,000 new jobs in the next four years.

“I think (the report) parallels what we're seeing and hearing in the community,” Debbi Nicholson, president of the Sudbury and District Chamber of Commerce, said. “I think we're at the start of a real boom time.”

Nicholson said with the resource sector doing well and commodity prices remaining strong, Sudbury is benefiting from the strength of the mining industry.

Vale's Totten Mine is opening in the next few years as well, and “there's lots of activity with Xtrata as well,” Nicholson said, adding projects like Laurentian University's downtown School of Architecture is another indication that Sudbury's economy is now, and will continue to be for the next few years, healthy.

Housing starts in the past 12 months totalled almost 600 units, “near the highest level in 17 years,” the report states. Not as high as during the early-1990s' construction boom, but still positive.

The resale housing market has also been strong. Existing sales are up 14.1 per cent year-to-year in the 12 months ending in April, with average prices hitting a record level of more than $240,000.

This might seem high compared to some parts of northern Ontario, but versus the provincial average, affordability “remains relatively attractive in the city.”

Non-residential construction was strong in 2011 thanks to Vale's work at its Clarabelle and Totten mines, but that activity should tail off somewhat this year. Already non-residential building permits have slumped recently, the report states, down more than 30 per cent (year-to-year) in the last 12 months.

With so many projects on the horizon, Sudbury, and its small labour pool, faces a challenge.

“The ripple effect is the need for people to fill lots of new jobs,” she said. “Our challenge is getting access to skilled labour.”

Eyeing what is coming down the pipe, Nicholson said the chamber several weeks ago brought together players from several sectors — labour, academia, First Nations and others — for a roundtable discussion on this very issue.

Now, the chamber is digesting the information collected at that meeting to see “where and how we can move forward.”

Attracting the types of skills and numbers of workers needed is not something Sudbury can do alone, Nicholson said. So the information collected from that recent meeting, and others that are sure to happen in the future, can help the chamber as an organization lobby for Sudbury at the provincial and federal levels.

With Sudbury’s economy healthy, and major projects on the horizon, Sudbury Mayor Marianne Matichuk said the report shows that the city has several years of economic prosperity ahead of it.

"With an estimated 4,000 new jobs projected by the end of 2016, this is great news for our residents,” Matichuk said in a release. "BMO's latest economic snapshot on Greater Sudbury shows us that our economy is still going strong and will for the next few years to come.”