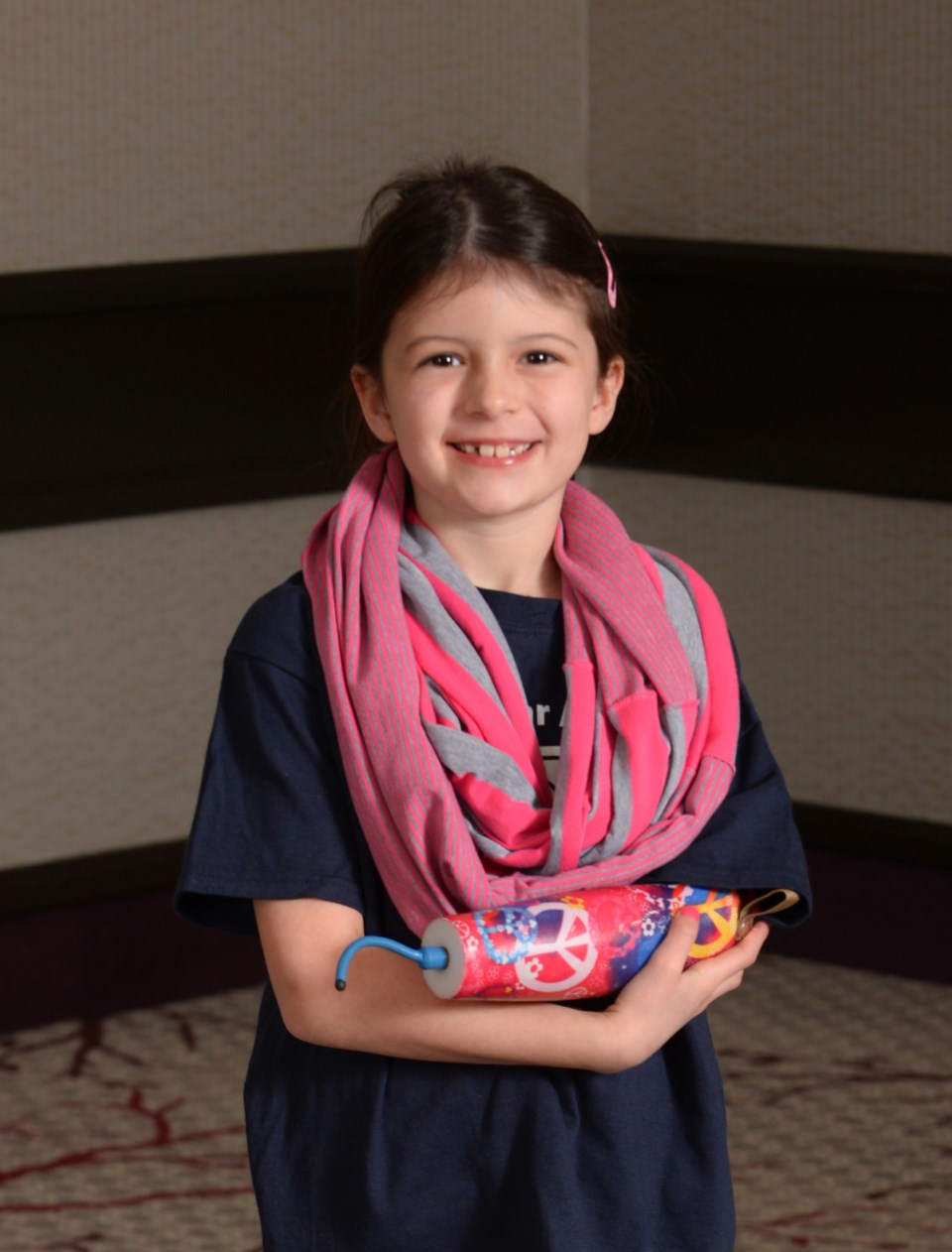 The seminar brought together child amputees from across the province while also marking the 70th anniversary of The War Amps Key Tag Service.

Sophia was born a left arm amputee and, as a “Champ,” is eligible to receive financial assistance for the cost of artificial limbs and devices.

By attending seminars, Champs and parents learn about the latest in artificial limbs, dealing with teasing and bullying and parenting an amputee child.

“Sophia has met many friends at the seminar who she can relate to in a way that she can’t with others. She always has fun and comes away with a renewed confidence,” said Sophia's mom, Susan.

The War Amps Key Tag Service was launched in 1946 so that returning war amputees could not only work for competitive wages, but also provide a service to Canadians that would generate funds for the Association’s many programs.

The Key Tag Service continues to employ amputees and people with disabilities, and has returned more than 1.5 million sets of lost keys.

Each key tag has a confidentially coded number. Should the keys be lost, the finder can call the toll-free number on the back of the tag, or deposit them in any mailbox, and the keys will be returned to the owner by bonded courier.

The War Amps receives no government grants and its programs are possible through public support of the Key Tag and Address Label Service.

Photo: Sophia at the 2016 Ontario Child Amputee (CHAMP) Seminar with the specially made device that helps her play the piano.