The venue can safely seat 40 people indoors, which has become a valuable commodity
Oct 5, 2020 9:00 PM By: Sudbury.com Staff 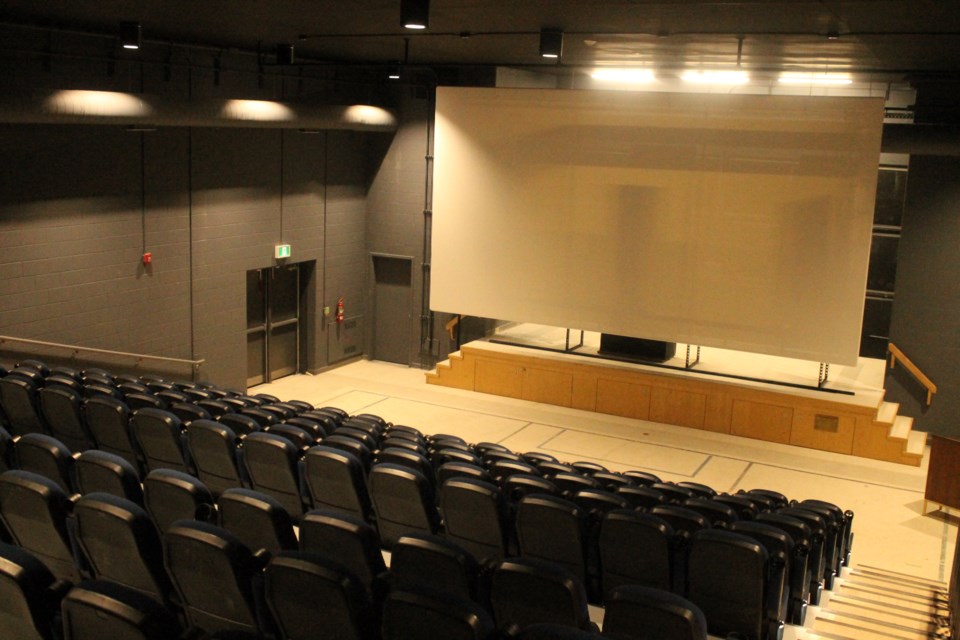 Sudbury Indie Cinema said it plans to offer up its space this month to 10 other arts and culture organizations who are looking for safe ways to hold events amid the pandemic.

The Indie said it will partner on relevant films, act as a venue for various non-film events from small concerts to one-person shows and showcase and raise money through ticket sales for other Sudbury arts organizations.

But this doesn’t mean the Indie is showing fewer films. The October calendar still introduces 10 new titles and 50 public screenings. In addition, another 15 public arts events are being planned by other groups or in partnership with the Indie.

Indie Cinema closed ahead of the mandated lockdown in March, out of concern for community safety and virus containment, and then took a full month after the province allowed cinemas in Ontario to re-open to carefully plan things in order to be safe.

Upon re-opening mid-August, a lot of work and planning went into re-designing and adapting the theatre for smaller audiences- with physical distancing, and stringent sanitation protocols.

While according to Stage 3 guidelines, the cinema can have up to 50 guests on the premises at one time, the 180-seat cinema has been able to seat up to 40 and maintain physical distancing requirements.

A venue that can safely seat 40 people indoors has become a valuable opportunity in Sudbury for cultural organizers. Many arts organizations don’t have a space location to programme or present from, or the space they do have is further restricted to a far smaller number.

Thus, requests for bookings have been fast and furious, said Sudbury Indie Cinema.

“We reached out to many arts organizations that are festival-based to help them have an interface with the public- given most of these organizations made the hard call to go virtual this year and have lost that face-to-face connection with their supporters,” said the cinema’s lead programmer, Beth Mairs.

“They’ve also, like us, been ravaged financially. We thought: what can we do, having a roof over our heads, to share the Indie as a community space with others, and also create more synergy between their audiences and ours?”

Often the answer to that has been to bring a film which resonates with another arts organization’s mandate and to create a special component to the event beyond seeing the film- for example a live panel discussion afterwards.

Here’s a list of upcoming events at the Indie:

Oct. 7 — TRICKSTER, FREE WATCH PARTY.  Showtime 6:30 p.m. Michelle Latimer’s Trickster drops on CBC Gem this day, premiering at 9 p.m. But, come to the Indie for a free watch party. Limited seating- must pre-reserve. Donations welcome, all of which will be donated to N'Swakamok Native Friendship Centre’s Youth programming.

Oct. 8 — Inside Out Queer Film Festival 30th Edition @ the Indie. AHEAD OF THE CURVE,  and NO HARD FEELINGS play 6:30 p.m. and 8:30 [/,/ respectively. Two feature premiering at Indie Out, these Sudbury-based screenings are the only in the province happening in-theatre.

Oct. 14 -  The GNO presents “findingtrackzero,” a 45-minute micro-film festival auto-produced by Clayton Windatt. Presentations: 5 p.m. and 6 p.m., with an artist talk between the two presentations. Free admission. Refreshments and snacks on site.

Oct. 22 -  Northern Ontario Premiere of  SWEETNESS IN THE BELLY, feature film based on the best-selling novel by Camilla Gibb. Gibb will join us in Sudbury for a post-screening, moderated discussion of the page-to-screen process. Two shows 2 p.m. and 6:30 p.m. Partial proceeds to Wordstock Literary Festival  ($5 off each ticket.)