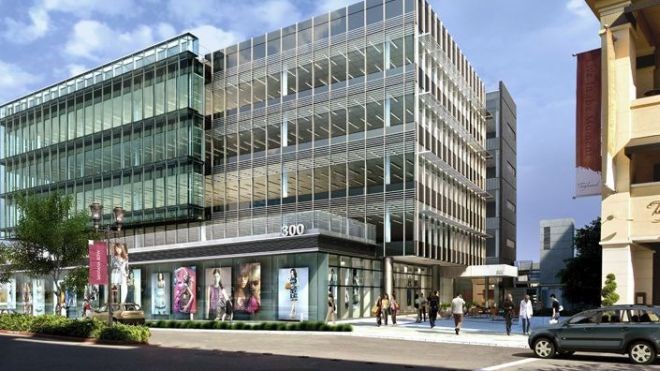 The Downtown Village Development Corp. (DVDC) in Sudbury is cheering a decision by city council to pass new guidelines for its Community Improvement Plan, which it says will help pave the way for more mixed-use development, like the one proposed by the DVDC.

The Downtown Village Development Corp. (DVDC) in Sudbury is optimistic about new development in the downtown, after the city approved its expanded Community Improvement Plan (CIP) in November.

Under the plan’s new iteration, developers looking to build in the downtown core would be eligible for incentives to help give them a break on the cost of development. Previously, the downtown neighbourhood was locked out of those incentives.

The upgrade means the DVDC is one step closer to getting approval for a smart growth mixed-use development it conceptualized and presented to council last year, said Susan Thompson, the DVDC’s manager.

Smart growth mixed-use development, the latest trend in urban design, comprises a mix of retail, residential and parking options, building urban areas up instead of out.

“You live, work, and recreate all in the same area, and it's pedestrian-friendly and close to transit, environmentally friendly and healthy; it's sustainable,” Thompson said. “It just ticks all the boxes as an approach.”

But, to date, mixed-used development hasn’t happened much in Sudbury, she added, because the risk of investment is too high for private developers to take on.

The last mixed-use building added to the downtown was St. Andrew’s Place, which includes 30,000 square feet of retail space, event rooms, and seniors’ apartments on the upper level. It was built in the 1970s.

Unlike money that goes into roads, which is a one-time expenditure with no return on investment, building incentives garner future returns for the city, Thompson said.

“The municipality will reap the money back over so many years in a new tax base, in jobs that are created by these new people that are either living or doing business in the downtown core,” she said.

But adopting the plan is only the first step, she added. Next, the city has to allocate money to the plan for it to work.

There are recent examples of cities that have used incentives to success. In London in 2000, incentives introduced as part of that city’s Downtown Millennium Plan resulted in investment in the John Labatt Centre event venue (now Budweiser Gardens), Covent Garden Market, Forks of the Thames community plaza and more.

After an extended period without upgrades, the downtown is now in dire need of more residential units, has very little retail, and suffers from a chronic lack of parking. If the city wants to attract new business and spur economic development — and jobs with it — it needs to start investing, she argues.

“It’s not that Sudbury’s uniquely ugly and dirty, and that there’s some serious problem with our downtown core,” Thompson said. “It’s nothing that investment won’t fix, and we’re a victim of the city not having invested for political reasons.”

But there are signs of a turnaround.

At the rehabilitated 73 Elm Street, a building Thompson purchased with partners to save it from demolition; a creative hub has emerged, with companies like TimeHero and design firm Studio123 taking up residence.

“So you’ve got this spark of an industry that, if the city were to choose to invest, the better we can make the downtown look and feel, and the easier it’s going to be to attract talent and keep it in the city,” Thompson said.

And retail is returning to Elm Street — something Thompson attributes to the installation of parking meters along that thoroughfare — including a women’s clothing store and a hair studio.

She’s optimistic that council sees the value in incentivizing downtown development projects and believes the downtown’s time has finally come.

“Our downtown has not been competitive with other cities for attracting private sector investment, and so we have to compete,” she said. “Because people can build and invest their money anywhere.”

Sudbury city council is expected to allocate money to the CIP during 2017 budget deliberations.