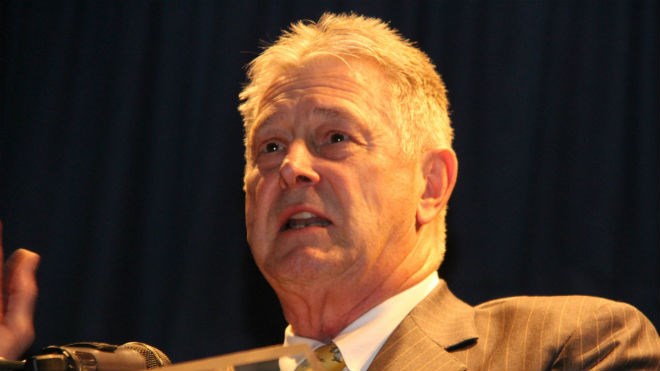 Lipic spent 50 years in the mining industry, mostly recently as president and CEO of Mining Technologies International (MTI), the company he sold to Milwaukee-based Joy Global Inc. for $51 million in April 2014.

He was inducted into the Sudbury Area Mining Supply and Service Association’s (SAMSSA) Hall of Fame in 2008.

Born in Welland, ON in August 1944, Lipic graduated from the Haileybury School of Mines in 1966 where he studied to become a field geologist.

He worked for mining consultants for several years, and in 1971 moved to Copper Cliff, outside Sudbury, where he worked for Ontario Equipment and sold rock bits before transferring to Smith International in 1974 for the next 10 years.

In 1984, the company asked if he would transfer to California as their Canadian division trimmed down.

Instead of accepting the offer, Lipic asked if he could buy the Canadian division. By the next year, he was able to negotiate a deal with Smith International, and in 1986 founded Drillex International.

In 1995, he bought Continuous Mining Systems, which became Mining Technologies International, or MTI.

At that time, the company had 28 employees in its manufacturing division. Through international mining equipment sales, that number expanded to 500 employees in 2012. The company made more than $100 million in revenues that year.

To pursue those international sales, Lipic travelled to more than 45 countries throughout his career, and put his own safety at risk on more than one occasion.

While travelling by car in the southern Philippine islands in the early 1990s, he took gunfire from Communist rebels, but emerged unscathed.

During another trip in Nigeria, Lipic escaped a near kidnapping and avoided almost certain death.

A group of men met him at his hotel and asked him to enter their Mercedes so they could bring him to his business meeting.

“Somehow they got a hold of my name and passport,” Lipic said at his retirement party last year. “It was amazing how well they were tuned in.”

He was a bit hesitant, but eventually entered the car.

They drove him outside of Lagos, Nigeria's capital, before the car broke down on the side of the road.

The men called a cab and had it bring Lipic to a Novotel hotel, back in the city, where he was told to wait for them to return.

After waiting in the hotel lobby for more than an hour, he started to speak with the concierge, who informed him he had just been kidnapped.

The concierge arranged for Lipic to be driven back to his hotel, and told him not to leave his room until his original contact came.

At the time of his retirement, Michael Atkins, the owner of Laurentian Media Group, which publishes Northern Life and Northern Ontario Business, said Lipic's success was due to a combination of talent and luck.

That adventurous spirit, he said, pushed Lipic to become one of the early pioneers of Sudbury's mining supply and services sector.

George Flumerfelt, the president and CEO of Redpath Mining, also praised Lipic in 2014.

“I think it's important that we honour the people who have made enormous contributions to the Canadian mining industry,” he said.

Two visitations are scheduled for Jackson & Bernard Funeral Homes on Thursday July 9, from 2 p.m. to 5 p.m. and 7 p.m. to 9 p.m. The funeral service will take place at Christ the King Church on Friday July 10 at 10 a.m.