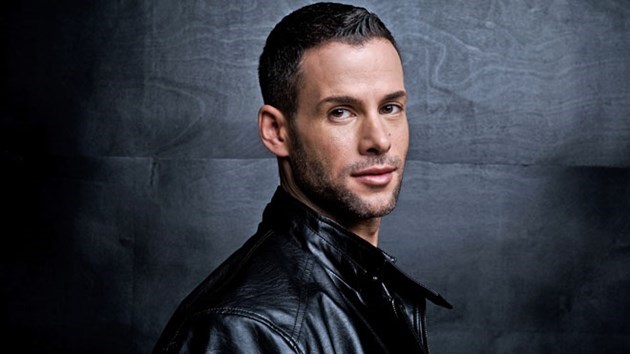 If you're watching the Canada Day broadcast on CBC on Saturday, make sure you keep an eye out for Sudbury native Joey Niceforo. (Supplied)

If you're watching the Canada Day broadcast on CBC on Saturday, make sure you keep an eye out for Sudbury native Joey Niceforo.

The musician, who's a classically-trained opera singer, recorded Canada's national anthem in Italian for the broadcaster. Other people were also asked to record the anthem in various languages using the same soundtrack.

Niceforo said he's been told CBC will play the anthems at either the beginning or the end of the broadcast, at either 10 a.m. or 3 p.m.

He said he was chosen for the project after performing O Canada at the recent federal Conservative leadership convention.

One of the producers approached him afterwards, asking if he'd be willing to sing the national anthem in a language other then French or English.

“I said I could do it in Italian, so I came up with a version using translations online and some of my own words,” Niceforo said in an email.

He said he's very excited to be appearing on the show, which, by the way, is CBC chief correspondent and The National anchor Peter Mansbridge's farewell broadcast.

“I'm a PROUD Canadian and I'm thrilled to be a part of the 150th Anniversary,” Niceforo said.“I think it's wonderful that in a country like ours, we celebrate the many cultures that make up this beautiful land of ours. I think it's a brilliant idea that CBC has decided to feature our anthem in as many different languages as they could find.

“Our diversity as Canadians is one of the many things that make our country so great! Having had a father who was Italian and a mother who is French Canadian makes me feel like I'm just like everyone else — diverse in cultural backgrounds but united as proud Canadians!”

Premier Doug Ford holds press conference with housing minister
Jul 2, 2020 12:11 PM
Comments
We welcome your feedback and encourage you to share your thoughts. We ask that you be respectful of others and their points of view, refrain from personal attacks and stay on topic. To learn about our commenting policies and how we moderate, please read our Community Guidelines.