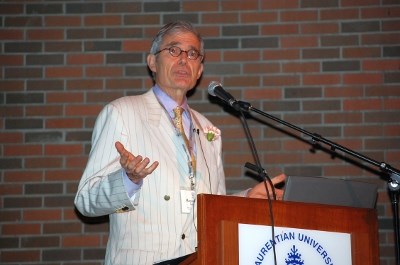 “Firstly, it's dirty, and second, making it is dirty. It is in fact too dirty to be the sole source of nickel in stainless steel.”

Nickel pig iron is made by putting nickel-rich dirt in a specialized furnace.
However, the end product is riddled with impurities, and must be blended with pure or virgin nickel to make stainless steel. For every pound of pig nickel, four pounds of virgin nickel is required.

“This kind of restricts the demand for pig nickel,” says Goldie. “Until the pig-nickel producers can make a cleaner product, I think that four-to-one ratio is the best they'll get.”

The process involved in producing pig iron also requires cheap coking coal and cheap electricity, both of which are increasingly rare supply in China.

This is due in part to the government's move to shut down scores of high-pollution coal plants, something that may eventually be in the cards for pig nickel producers, said Goldie.

He likens the situation to that seen by zinc producers in that country, with many related “dirty” mines and smelters having been shut down through 2004 and 2005. This transformed China from a net exporter of zinc to a net importer.

The only real point where Sudbury and other global nickel producers will need to worry about nickel pig iron will be when Chinese firms develop the technology to produce more cleanly and with far fewer impurities.

Until then, pig iron will provide nickel with a general ceiling of $10 per pound, where pig iron becomes the more attractive option, says Goldie.

Conversely, nickel will likely have a floor of $7.50 per pound, where producers will adjust their output to tighten supply.

Many nickel producers adhere to the Potash Corporation of Saskatchewan's approach to supply management, which says the key is not volume or market share, but price. This can involve laying off staff and cutting production, “a situation that may be rather familiar here in Sudbury,” said Goldie.

If trends seen through the London Metal Exchange are to be believed, the price of nickel will sit at $9 a pound by 2011, and sink down further to $7.50 by 2015. However, Goldie said he isn't convinced prices will drop to that extent, as he doesn't believe the world will find enough new deposits to resolve the growing shortages by then.

In fact, with demand set to stay strong, particularly in China, the world will need more “mini-Sudburys,” he says.

This is due in part to the continued rise of global industrial development, though what is now “a China story” will in the coming years become “an India story,” said Goldie. The latter nation's middle class is set to swell to 500,000 over the next two decades.

Other growth factors for nickel include the anticipated increase in the production of hybrid vehicles, which is estimated to annually require 600,000 tons of nickel by 2020.