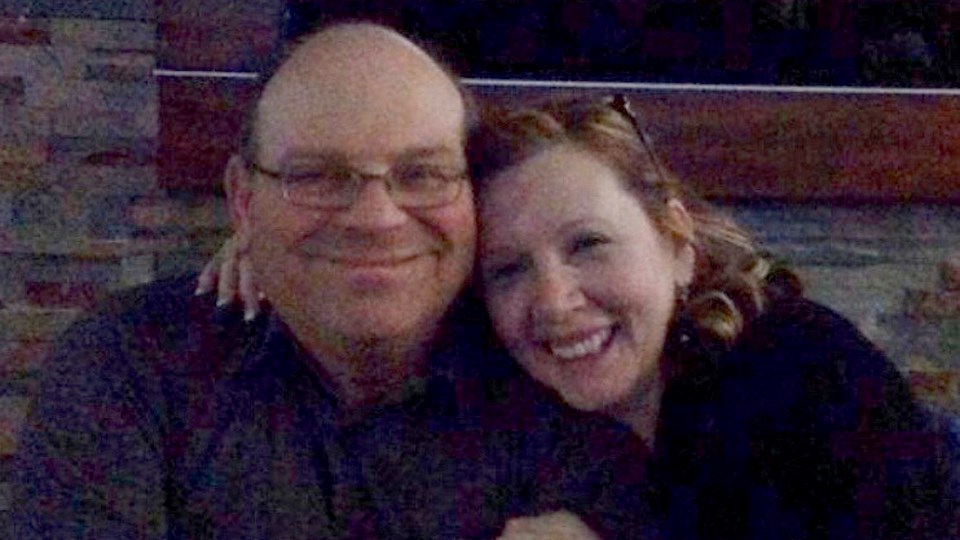 Sudburians Robert and Lise St-Denis are currently in Lady Lake, Florida, with plans to return home at the end of the month. (Supplied)

Prime Minister Justin Trudeau announced a set of strict travel regulations Monday afternoon, effectively closing the country's borders to anyone who is not a Canadian citizen, permanent resident or U.S. citizen.

The prime minister also directed Canadians who are returning home to self-quarantine for 14 days once they have made it home, a message that was also sent by Sudbury MP Paul Lefebvre via Twitter on Monday.

"To be clear, by ground or by air, any travelers getting back to #Canada should self-quarantine for 14 days. Period. Symptoms or not, self-isolate by precautions please," wrote Lefebvre in a tweet.

Sudburian Dan Doniec has spent his winters in Clearwater, FL for the last number of years and cut his stay short this year on the advice of his children.

"I've come to have a much greater appreciation for my kids' opinions now that I'm older," said Doniec. "They spend a lot more time online and keeping up to date with these things so when they were worrying about me and telling me I should come home I packed up and drove back."

Doniec arrived in Florida in early January with plans to stay until April 21, but with the COVID-19 pandemic gripping most of the globe, it became evident to Doniec that his stay would be halted.

"I think the single determining factor was when there started to be talk of shutting down the border," said Doniec. "I feel a lot better being here (in Canada)."

Doniec packed up his vehicle on March 13 and made the 25-hour drive back to Sudbury in a trip where he only stopped once for an hour-long nap. To Doniec's surprise, when he arrived at the border crossing in Buffalo on March 14, it wasn't the state of panic and chaos that he was expecting.

"I got to the border expecting there to be this mass exodus of Canadians and I was the only vehicle there when I pulled in," said Doniec. "I honestly felt that I was a bit ahead of the game by being there. I didn't feel like I'd made a mistake by rushing home."

Doniec says that most of the people who stay at the same condo complex as him in Clearwater were also planning to cut their trips short and were in the process of packing up when he hit the road back to Sudbury.

Prime Minister Justin Trudeau announced Monday that airlines will be assessing Canadian passengers before they board a plane back home and they will be denied if they have any symptoms of COVID-19. The same can't be said for when Doniec crossed back into Canada on March 14 by automobile.

While Doniec has made it back to Sudbury and is self-isolating, one Sudbury couple is still in Florida, with hopes to return home by the end of the month.

Lise St-Denis and husband Robert have been in Lady Lake, FL since Oct. 31 with a few flights home since, including a trip back to Sudbury for a family birthday between March 4 and 9.

"Some Canadians (in Florida) have packed up and they left right away," said Lise. "Our concern is about driving and if they start closing gas stations and hotels and if we're going to be able to get back."

The St-Denis' were told by their insurance provider that as of March 13 they have 10 days of coverage for COVID-19-related issues, including if they contract the virus, but anything beyond that would be on their dime.

"We're avoiding most public areas, we're not going to the pools, we're just staying in the house and trying to see what happens," said Lise.

St-Denis feels that the American government was a bit slow in their response and there's a sense of not really knowing what is going to happen next.

"Unfortunately the administration here in the United States didn't really take the proper actions from the get go so they're behind the Canadians as far as testing goes," said St-Denis. "As far as where we are, nothing is going on inside, they've closed down the indoor activities, they've removed about half of the chairs from around the pool so people are sitting as close to each other."

Lise and Robert have been keeping an open line of communication with their family here in Sudbury, and were tuned in when Trudeau addressed the nation at around 1:30 p.m. on Monday.

"We know we'll have to isolate ourselves (when we come back), but we've been isolating ourselves here as well and we haven't been anywhere out in public," said Lise.

"What was reassuring was that prime minister Trudeau said they're closing the border but not to Canadian citizens, which I didn't expect them to do, but rumours are pretty frantic right now, it's a bit of a frenzy for a lot of people but I think our government is taking the right steps. I don't feel stranded, I know we will be able to get home I just want to be sure that we can; you look at Italy where they've shut down everything, will that happen here? I don't know. But we're slowly getting ready and keeping our ears open to what's happening."