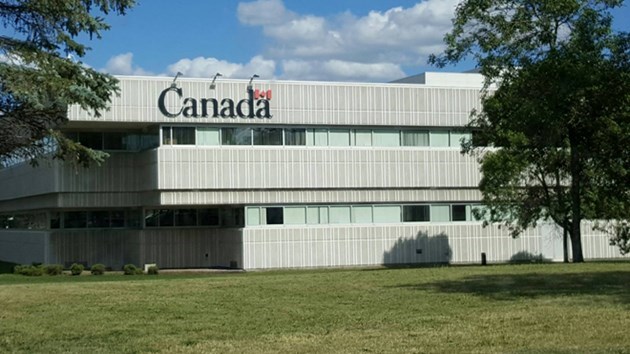 A decision by management to change the hours of work at the Sudbury Tax Office to cope with plans to centralize operations was wrong, the Federal Public Sector Labour Relations and Employment Board has ruled.

The grievance by the Public Service Alliance of Canada was filed in 2017, but the decision was released late last month. The conflict began in April 2016, when the federal government launched “Service Renewal, which included plans to consolidate the number of large tax processing centres across the country from nine to four.

“The Sudbury Tax Office (was to receive) more new work than any other centre," says the transcript of the decision.

“Before Service Renewal, (the Sudbury) workforce numbered 1,650 to 1,850. With it, significant new hiring was required to bring staff levels to approximately 3,200 by 2018, with attendant new training requirements."

To handle all the new employees, desk sharing and new shift schedules were required. One shift ended at 3 p.m, and the next started at 3:30, leaving little overlap but ensuring a desk would be free for the next staff member.

But many employees at the centre had been working what’s known as “super compressed schedules,” and requests to work those hours were routinely granted.

Under that schedule, a full work week was compressed into four days made up of three shifts of 9 1/2 hours, and one nine-hour shift. Other staffers worked a longer day over five days to allow them to leave for child care reasons and return.

The flexibility allowed staff to reduce child care expenses, and requests were filed every 12 weeks to have them approved.

Once the new schedules were imposed, however, there was widespread unhappiness, the transcript says, with some staff upset they could no longer work the flexible hours even if they weren’t desk sharing, while a few other employees were able to.

“Team leaders complained about the new restrictions on their compressed work hours and did not understand why they were being treated differently from their employees," the transcript says. “The local’s members were very upset, citing the impact of the changes on family responsibilities, childcare arrangements, and work-life balance. Morale was low.”

But management testified that the compressed schedules were usually approved by team leaders and lower-level managers, and in recent years they were being discouraged. Once the Service Renewal process began, it was clear an evening shift would be required, as well as more widespread desk sharing.

“The risk of failing to meet client requirements in the face of new and greater workloads was high,” the transcript says. “Management needed to take more control of the workforce than in the past, especially given the number of new employees.”

In its decision, the board ruled that the tax centre may have been entitled to change working hours had the decision been made before the Public Service Alliance notified management of its intent to bargain a new contract. That notice was filed in October 2016, while the new shifts were imposed in June 2017.

Under a Supreme Court of Canada ruling in 2014, Wal-Mart employees in Jonquière, Que., won a long court fight when the company closed the store after employees there became the first Wal-Mart workers to unionize in 2004.

The court ruled the company couldn’t make major changes to the employee’s working conditions during bargaining for a collective agreement, unless the workers consented.

In Sudbury, the board ruled that once the union notified management it intended to bargain a new contract, a freeze in working conditions took effect.

“The union cannot simply show that the employer has modified how it runs its business,” the court wrote in the Wal-Mart decision. “It must also establish that this modification is inconsistent with the employer’s ‘normal management practices.’”

In this case, the flexible working hours were routinely approved, the board ruled. The Wal-Mart decision, however, says the freeze does not apply in cases where the changes would have been implemented even if the collective bargaining process had not begun.

Management at the Sudbury office decided the measures were necessary, the board said, but that was a local decision and not mandated by the terms of Service Renewal the office received from the federal government.

“There is no evidence to show that the ‘fully developed’ Service Renewal plan handed down from national headquarters touched upon hours of work at all,” the transcript says. “As mentioned earlier in this decision, no other tax office followed suit.”

The board ordered the previous working conditions – and work schedules – must be restored until a new collective agreement is bargained successfully.

The board denied, however, the union’s application to have the affected employees compensated for the financial losses resulting from the shift changes. That application came late, the board ruled, and lacked details, such as the number of workers affected and how widespread an issue it was.

Ontario fares no better than 20th as a mining-friendly jurisdiction, according to Fraser Institute
Mar 3, 2021 9:17 AM