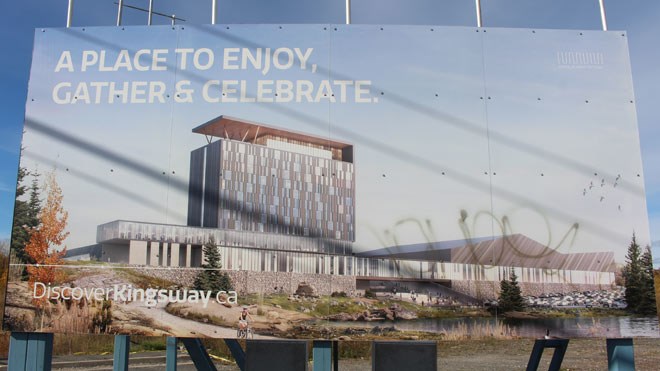 Fortin's lawyer, Gordon Petch, argued on June 29 during a two-day Superior Court hearing that city council acted in bad faith and was not transparent in their decision to approve the Kingsway Entertainment District.

Petch spent hours unpacking transcripts of the June 27, 2017 council meeting when the KED was approved, pointing to instances of intimidation and smear campaigns by members of council against the Sudbury BIA, in-camera meetings and more that added up to the city not adhering to a robust democratic objective.

The city's lawyer, Tom Halinski spent the second day of the hearing going over Petch's arguments, indicating that everything was above board and the city had never acted in bad faith, and asking that Fortin's application be dismissed.

When reached for comment, Fortin was not willing to go into detail about the decision, but stated that he was disappointed.

"I have the decision, I have to read it over, there's nothing really to comment on yet," said Fortin. "We'll just have be quiet for a few days and we'll look to have a statement for Tuesday or Wednesday next week."

The City of Greater Sudbury issued a statement on Sept. 4, stating that it was pleased with the decision rendered by Ellies.

"City staff will now take some time to review the documentation and bring the clarified details and information to city council as soon as possible," said the city's statement.

"This is a positive step forward, and we are confident we can expect to see similar results resolving the appeals to the Local Planning Appeal Tribunal (LPAT) that will allow the City of Greater Sudbury to proceed with its plans for modernization and development as planned in 2017."

City council approved the development of the Kingsway Entertainment District in 2017, with plans in place to build a $100 million arena, a casion and a hotel. Early indications were that the new arena's primary tenant, the Sudbury Wolves, would be able to take occupancy at the new Kingsway Arena by 2021, but a lengthy appeals process has stalled any type of construction from getting underway at the KED.

Wolves owner and the owner of the land where the arena is to be built, Dario Zulich, issued a brief statement about Justice Ellies' decision.

“It’s now time for us all to put this behind us and work together to grow Greater Sudbury," said Zulich in his statement.

Background on the hearing can be found here.