Supervised drug site for Sudbury is narrowed down to two locations 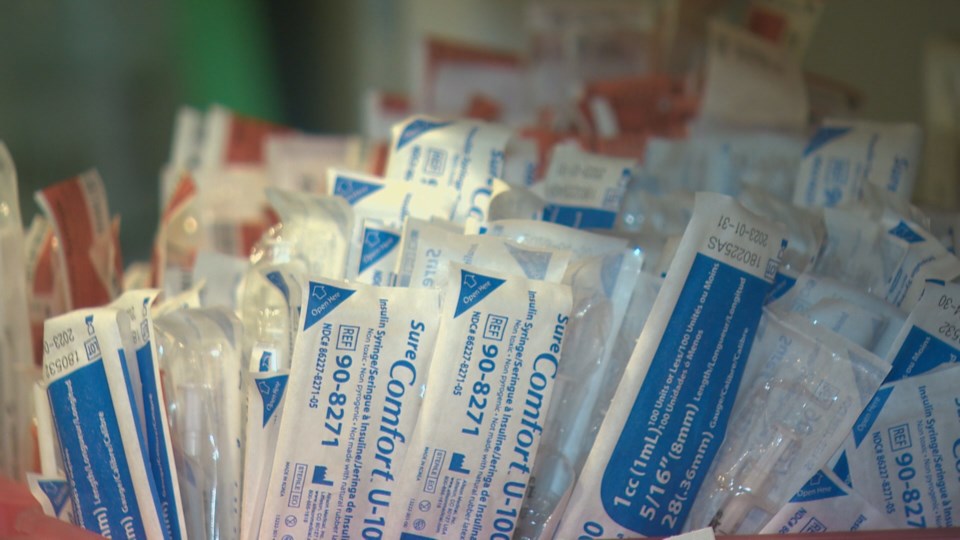 The search for a supervised drug consumption site in downtown Sudbury has been narrowed down to two possible venues, but it will take several months before the doors are open to the clean and private place for drug users to consume their substances.

In common parlance, such locations used to be called safe drug injection sites, but that term is no longer used since the injection of illegal substances is not considered a safe thing to do. Sudbury's Community Drug Strategy uses the term supervised consumption services (SCS) to refer to a venue where drug users can access a clean and sterile environment where health care professionals are available to help in the prevention or treatment of accidental overdoses.

In October the drug strategy group put out the formal request for Expressions of Interest.

"Currently we are holding site visits where we will be able to determine how suitable a venue is," said public health nurse Josée Joliat, the co-ordinator of the search for the SCS.

"So we haven't made the decision yet, but the second we know, we will advise the community," said Joliat.

"We did receive five applications. Three of those applications were not in the zoning that we were looking for. That left us with two sites," she revealed.

Zoning is a valid concern for the Sudbury application. In London, Ont., where provincial approval came just this week for a permanent supervised consumption site, the process was held up by a zoning battle that involved the Local Planning Appeals Tribunal (LPAT) that began a year ago, in November 2019. The zoning appeal was the first time the LPAT had considered the zoning of a supervised drug consumption site.

Joliat revealed that in a previously published community needs study, it was identified that a downtown location would be the best possible venue for a drug consumption site for Sudbury. She said the search includes a venue with 1,500 to 2,000 square feet of space in a downtown area that is reasonably close to other services that drug users might want to take advantage of. This includes ready access to health care professionals, social workers and harm reduction services.

Ease of access was another concern identified in the study since it was revealed that drug users might not be able to access a fringe area or industrial park away from the core area of the city.

There were other factors that the drug strategy group is also considering.

The consumption and post-consumption rooms in this location must be accessible to paramedics and first responders, said the document.

The Sudbury project is at the point where applications are being made to both the federal and provincial governments for approvals, said Joliat. The first is a federal application for an exemption that will legally allow drug users to be able to inject substances within the premises. The second application is the provincial request for funding.

In the case of the new supervised site that was approved in London, the renovation cost is set at $1.2 million and the annual operating cost is set at $1.7 million. No costs have been suggested for a site in Sudbury.

"The Réseau ACCESS Network in Sudbury is the lead agency for this project and will ensure the proper operation of the service," said Joliat. She said it is not yet known how many employees will be involved.

"The final staffing model will be determined as the location and other pieces start falling into place. That will ultimately be determined by Réseau ACCESS Network," said Joliat.

With respect to timing of the project, Joliat said not to expect anything soon.

"Some of those steps are out of our hands when it comes to timelines with things like government approvals," said Joliat.

"We know from people who have been through this process before for establishing these services in the community it has taken up to six months to get government approvals; it is hard to determine a full timeline."

She added that so far, for the Sudbury project, things are moving forward.

"The only thing I can say on our end we are definitely sure that the process is not being held up unnecessarily.  We are going to move as quickly as we can while also ensuring we are doing our due diligence and making sure that these services are going to be well established."