Symphony faces deficit to the tune of $13K

Faced with a $13,000 projected deficit for its 2013-2014 season, the Sudbury Symphony Orchestra is hoping a fundraising initiative will be able to put the organization back in the black.
Jan 23, 2014 4:56 PM By: Heidi Ulrichsen 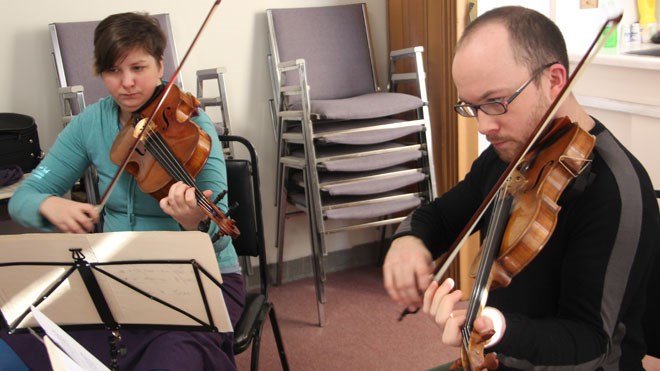 Faced with a $13,000 projected deficit for its 2013-2014 season, the Sudbury Symphony Orchestra is hoping a fundraising initiative will be able to put the organization back in the black.

Sudbury Symphony executive director Dawn Cattapan said the projected deficit is largely due to low ticket sales. She said ticket sales so far this season are down 13 per cent over last season.

This is a problem, as between 40 and 50 per cent of the symphony's revenue comes from ticket sales.

Cattapan said perhaps the reason people aren't buying tickets right now is because they are being more cautious with their money due to the economy.

Luxuries such as symphony tickets are “always one of the first things to go,” she said. “We saw it happen in 2007 and 2008, and we're seeing it happen again.”

The demographics of people who purchase season tickets to the symphony is also getting older, and leading to a drop off in sales, Cattapan said.

This wasn't always the case for the symphony, however. When Sudbury Symphony used to perform at Laurentian University's 667-seat Fraser Auditorium, shows were sold out, and there was a 200-person waiting list for season tickets.

To accommodate everyone who wanted to hear the symphony, when Glad Tidings church opened a 1,300-seat auditorium in 2006, the group moved its performances there instead.

For awhile, the symphony had audiences of more than 1,000 people. But now they have roughly 700 or 800 people at a concert.

“Gradually you've sort of seen that drop off,” Cattapan said.

To combat the problem, the symphony has been reaching out to the next generation to increase interest in classical music. Cattapan said the symphony performed for about 3,000 students last year, as opposed to 2,000 the year before.

It's also ramping up its fundraising efforts, launching an online auction for items including Swarovski jewellery, hand-drawn pictures by Stan Lee and Charles Schulz and signed sheet music from Kenny Chesney and Taylor Swift.

All of the items can be viewed at elevateauctions.com/sunsetsoiree. Bidding continues until Jan. 31.

In addition to the online auction, the symphony will hold its annual gala at Bryston's on the Park starting at 6 p.m. Feb. 1.

The evening will include a gourmet four-course dinner, live music from the Sudbury quartet Hugh Jazz, and live and silent auctions.

Items up for grabs at the gala include a wine basket with a dozen selections, a custom brewing experience with Stack Brewing and framed sheet music of the hit song “Sweet Caroline” signed by Neil Diamond.

Cattapan said she's hoping to raise $12,000 through the two fundraisers.
“That would help quite a bit,” she said.

Tickets to the gala cost $100 each, or $850 for a table of 10. To purchase tickets or for more information about symphony performances and programs, phone 705-673-1280, or visit sudburysymphony.com.