After getting court approval Wednesday to sell off all of its assets, including store fixtures, liquidation sales begin at Target Feb. 5, the store has confirmed.
Feb 4, 2015 9:58 PM By: Heidi Ulrichsen 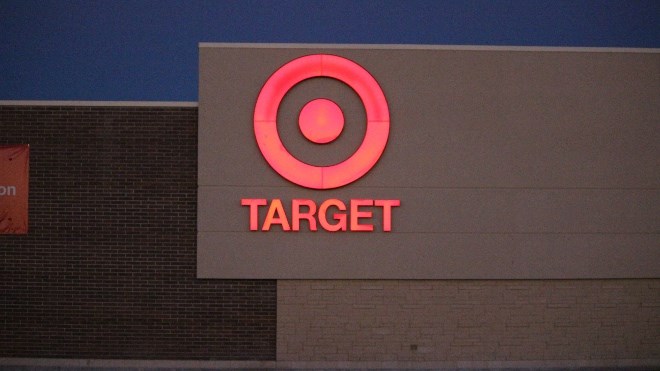 Target's Sudbury store opened in November 2013. The retailer announced last week it's closing all of its Canadian stores, including the one in Sudbury. File photo.
After getting court approval Wednesday to sell off all of its assets, including store fixtures, liquidation sales begin at Target Feb. 5, the store has confirmed.

Target will offer up to a 30-per-cent discount on merchandise this week, national media is reporting.

“My suggestion is if you're interested in buying something to get there quick, because I think things will move along fairly quickly,” said Cambrian College business professor Brian Vendramin.

He said in smaller markets such as Sudbury, the whole store could be sold out in two or three weeks.

If people are hoping for discounts from the store's competitors, such as Wal Mart, they'll be disappointed, Vendramin said.

“I've been asked many times, are they going to start getting to deep discounting?” he said. “The answer is no, because they know the end is near for Target.”

In January, Target announced it was closing all of its 133 stores across Canada, putting all of its 17,600 employees out of work, including 120 at its Sudbury store, which opened in November 2013.

The company said last month closures plans vary on a store-to-store basis, but all stores would be closed by sometime this spring.

Rather than declare bankruptcy, Target has entered creditor protection, and has brought in a liquidator which has offered its more than 1,700 creditors 74 cents on the dollar of what they're owed, Vendramin said.

Target's creditors aren't exactly thrilled about the liquidation sales, though, as they feel it's bad for their brand to have products sold off at deep discounts, he said.

The store, which will continue to operate in the United States, is also trying to protect its own brand.

“The company has stipulated that there be no signs that say 'going out of business' or 'bankruptcy sale,'” Vendramin said.

“When they start selling furniture and fixtures and equipment, it has to go out the back door, after shopping hours. That's just another way they're trying to protect the Target brand, even though Target is leaving Canada.”

So why did Target fail in Canada? Vendramin said there's a number of factors, including the company trying to roll out too many stores too quickly and having restocking problems leading to sometimes-empty shelves.

“If you walked into the Sudbury store, remember, it was a brand new construction,” he said.

“They invested lots of money. They built it to LEED standards. It was bright, it was clean, well merchandised. But the people weren't going. The brand didn't resonate with Canadians as much as Target thought it would.”

Vendramin said the people he feels sorriest for are Target employees. “Think about it — if you're at the cash, every time you sell a product or run it through the cash, you're one product closer to closing the store.”