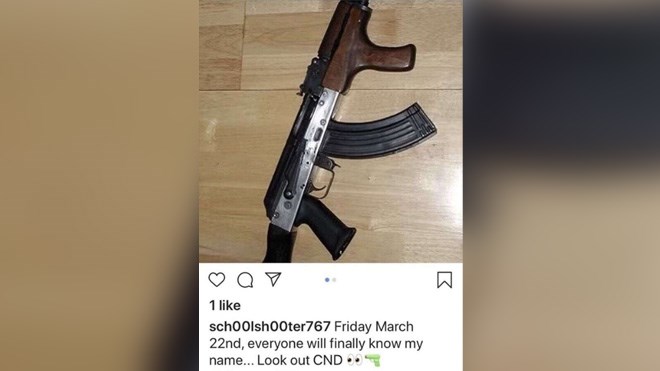 Pilon made a brief appearance to enter his plea, accompanied by his parents. He will return to court on Jan. 22 to set a date for sentencing. His lawyer, Glenn Sanberg, said the sentencing should take about two hours.

Pilon was arrested March 20, 2019 after he posted on social media his plans to harm other students at his school.

He was released on bail March 21 and charged with criminal harassment and uttering threats. His bail carries strict conditions, including a curfew and no contact with all of the people he named in his list.