Bob Kirwan's motion to have Mayor Brian Bigger lobby the premier to intervene in the appeals process loses vote 8-5 on night council approves new site for art gallery, library
May 29, 2019 9:01 AM By: Darren MacDonald 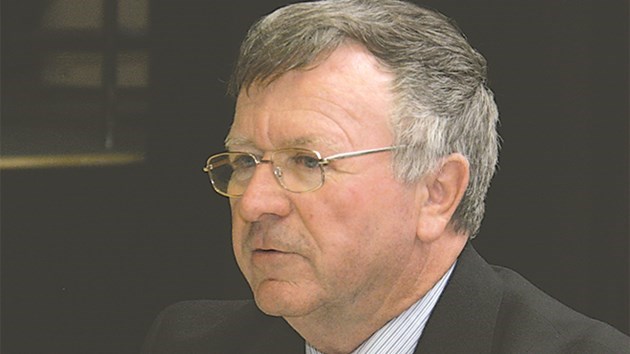 Tempers flared at city council Tuesday night as frustration at the lengthy legal battle over the Kingsway Entertainment District emerged yet again.

Councillors were debating a motion to move the new art gallery and library to a site on Shaughnessy Street, a move necessary if staff is to apply for funding from upper levels of government. The original plan was to build the facilities where Sudbury Arena is located on Elgin Street. But with the legal fight delaying building a new arena on The Kingsway, a new location was needed to proceed.

Ward 5 Coun. Bob Kirwan introduced a motion to have Mayor Brian Bigger ask Premier Doug Ford to do what he can to bring the LPAT process to a conclusion.

Kirwan said the downtown BIA and casino opponent Tom Fortin have served notice they will appeal to a higher court if they lose the LPAT fight, something that could delay the project for years.

“They want to fight the fight again in superior court,” Kirwan said. “This is an important project for Sudbury.”

Despite public support and backing by city council, the groups could delay the project long enough that Gateway Casinos and other KED developers could walk away. That's why the city has to do everything it can to move the process along, Kirwan said.

And Ward 7 Coun. Mike Jakubo said KED opponents have made it clear they will spend as much as $1 million fighting the project, causing more frustration in the public.

“We are seeing backflips through flaming hoops being thrown at us,” Jakubo said, because of a “small segment of the community” that have deep pockets.

“That's fully within their rights,” he said, just as it's within council's right to ask the premier where he can help. “If we don't ask, we'll never know.”

But Ward 1 Coun. Mark Signoretti, the most vocal opponent of the KED on council, said he was trying to control his anger, but he was “sick and tired” of having these sorts of motions to circumvent the legal process. If the project falls apart, he said, so be it.

“That's not our problem,” Signoretti said.

And Ward 10 Coun. Fern Cormier said council has supported the project, and the legal process now has to play out. The province has made recent announcements aimed at unclogging the backlog of planning appeals, so efforts are being made to get things back on track.

And in any event, Cormier said asking the premier to intervene in a judicial process is just improper.

“I'm opposed to asking for political interference,” he said, “This seems to be a nuclear option that is absolutely unnecessary.”

And Mayor Brian Bigger agreed, saying he wasn't comfortable with what the motion was asking him to do. He's determined to get the KED built and staff resources are being used to defend their case at the LPAT.

“But we need to respect the process,” Bigger said.

Kirwan continued to push, saying he would be more comfortable supporting a new site for the art gallery and library if an end to the KED battle was in sight. When the downtown projects were approved, he said they were a package deal with the new arena. If it fails, residents don't want to see the big projects move forward anywhere.

“If the Kingsway ends up with nothing on that site ... then I don't think the will of the public is to do anything downtown.”

The motion eventually failed by a vote of 7-5, with Bigger abstaining. Technically, that's counted as a no vote, making the final tally 8-5.

The vote to relocate the library and art gallery also passed easily, with only Ward 2 Coun. Michael Vagnini and Ward 11 Coun. Bill Leduc voting against.

Councillors did receive an update from Ian Wood, who's the interim GM in charge of the big projects. Wood said a spokesperson from the LPAT told them this week a second case management conference will be scheduled soon.

“We don't have any dates, but it is positive news the process seems to be restarting,” Wood said.

Last day of summer will be a lovely one
Sep 21, 2020 5:00 AM
Comments
We welcome your feedback and encourage you to share your thoughts. We ask that you be respectful of others and their points of view, refrain from personal attacks and stay on topic. To learn about our commenting policies and how we moderate, please read our Community Guidelines.