The data is clear, Sudbury area among the hardest hit by opioid fallout

Report to health unit reinforces previous reports of the impact opioid abuse is having on the region
Feb 17, 2017 5:00 PM By: Heidi Ulrichsen 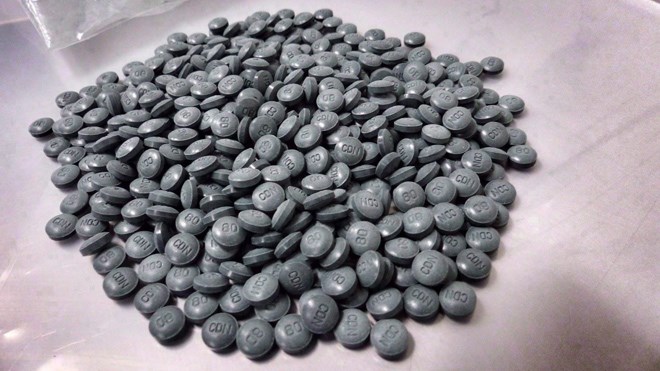 When it comes to societal damage from opioid abuse, the Greater Sudbury region is harder hit than most, 2015 data from a Ontario Drug Policy Research Network report shows.

The city also exceeds provincial averages when it comes to rates of opioid users, high-strength opioid use and opioid-related emergency department visits and hospital admissions.

The number of opioid prescriptions has tripled in Canada over the past decade, according to the Canadian Institute for Health Information.

In Ontario, the opioid poisoning emergency department visits increased by 22 per cent from 2010 to 2015.

Dr. Ariella Zbar, the Sudbury and district associate medical officer of health, presented these facts at a Sudbury and District Board of Health meeting Feb. 16 on behalf of the Community Drug Strategy.

The health board passed a motion praising the federal and provincial governments for acting on the opioid crisis — Ontario recently announced a provincial opioid strategy — and resolving to do what it can to support local efforts.

“Opioid use and opioid related harms, it's increasing federally, provincially and at the local level,” Zbar said.

“We're starting to see more and more harms from opioid use, as evidenced through emergency department visits and deaths. We need the strategy that has been proposed at the provincial and federal level to be implemented sooner rather than later. We are working at a local level while the province is working on theirs.”

Provincially, health-care providers are encouraged to closely follow guidelines for prescribing opioids. For those already addicted to the drugs, there are ways to reduce harm if they're not willing to quit.

Locally, the Community Drug Strategy is planning a forum on opioid use for April, and also plans to work with first responders and ensure the distribution of naloxone, among other plans.

“This is something that we are working on in a comprehensive manner to address the issue of opioid use and opioid-related harms,” Zbar said. “We will be reaching out to the community as our plan becomes more clear.”