The end is nearing, Alex Trebek says as he faces chemo again 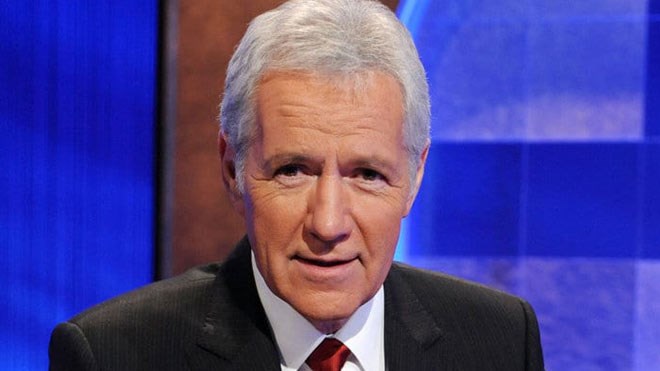 He can feel himself slipping, Jeopardy host Alex Trebek told CTV's W5 recently as he struggles with the re-emergence of pancreatic cancer.

“No, not afraid of dying,” he said in the interview. “There are moments when I have some regrets about having gone public with it because there's a little too much of Alex Trebek out there and I regret that.

“We thought I was finished with chemo that was a bit premature and certainly over optimistic.”

Trebek said he feels pressure to comfort people who contact him after receiving the same deadly diagnosis, but is at a loss on what to say.

“I was contacted recently by somebody a woman who has just been diagnosed with pancreatic cancer and she's taking it very badly,” he said.  “She's about 10 years younger than I am and I tried to cheer her up as best I could, but it's tough.

“They feel only despair and I don't know if I'm strong enough or intelligent enough to help alleviate some of that despair, so it's tough on me.”

The new round of chemotherapy treatments are taking a toll as he tries to finish another season of Jeopardy!. He said he knows he is not as sharp as he was, and that is taking a toll.

“I will keep doing it as long as my skills do not diminish – and they have started to diminish,” he said. “I'm slurring my words. My my tongue doesn't work as well as it used to – the chemo has caused sores inside my mouth. It makes it difficult for me to speak and enunciate properly.

“When I feel that my skills are diminished to the point that I notice and bothered by it. I notice now, but I'm not bothered by it because all the people around me are saying no it's OK. But there will come a point where they will no longer be able to say it's OK.

“(I'll) just keep chunking along until we either win or lose.”

Pandemic means vacationers sticking close to home this summer
Jul 15, 2020 5:00 PM
Comments
We welcome your feedback and encourage you to share your thoughts. We ask that you be respectful of others and their points of view, refrain from personal attacks and stay on topic. To learn about our commenting policies and how we moderate, please read our Community Guidelines.