The rate of opioid addiction, death in the North should scare you 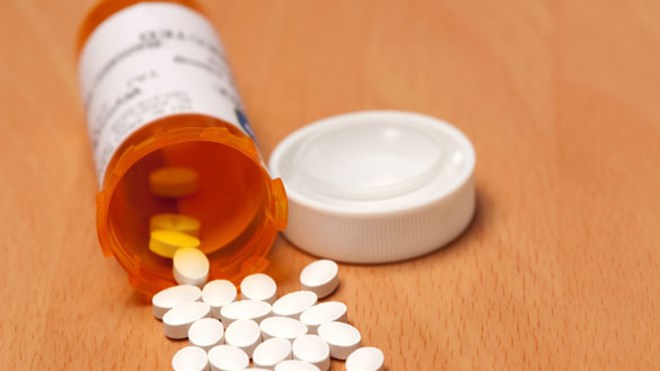 In June, the Sudbury and District Health Unit reported 124 people in Greater Sudbury died from drug toxicity between 2008 and 2014. File photo.

Addictions to opioids in Greater Sudbury and the surrounding region are a much bigger issue than the latest statistics would imply, says a Sudbury physician with expertise in addictions treatment.

In June, the Sudbury and District Health Unit reported 124 people in Greater Sudbury died from drug toxicity between 2008 and 2014.

Of those 124 drug-related deaths, 108 were due to prescription drugs, primarily opioids like fentanyl and morphine.

“I would say that is a dramatic underestimate of the fatalities,” said Dr. Mike Franklyn, who practices addictions treatment in 13 communities across Northern Ontario.

Franklyn said the statistics underestimate deaths from drug overdoses because fatalities are often attributed to other causes, like underlying medical conditions, during autopsies.

But opioid overdoses are often the main cause of those deaths, Franklyn argues.

And Northern Ontario has the highest consumption rate of opioids in the province.

More prescriptions for opioids are written in Thunder Bay per capita than anywhere else in the world, Franklyn said, and Manitoulin Island has the highest overdose death rate in the world.

Health Minister Jane Philpott said Tuesday that Canada and the United States need to examine why both countries top the global list for opioid prescriptions and usage.

A 2014 study found that opioids were related to one in eight deaths among young people in Ontario.

In April, British Columbia declared a public health emergency after a big increase in the number of overdose deaths from opioids.

Franklyn said he welcomes recent steps Ontario has taken to reduce the number of overdose deaths and addictions to opioids.

Following a decision by the National Association of Pharmacy Regulatory Authorities (NAPRA), the province is making a drug called naloxone available to eligible Ontarians at no charge to help reduce opioid overdoses.

An overdose of opioid drugs — such as fentanyl, morphine, heroin, methadone or oxycodone — can cause a person's breathing to slow or stop entirely.

When injected, naloxone can reverse this effect so the person can breathe more normally and potentially regain consciousness. This provides precious time to seek emergency medical attention to treat the overdose.

The province will also stop paying for higher-strength opioids through the Ontario Drug Benefit program in January 2017.

Higher doses of morphine, hydromorphone, and fentanyl will no longer be covered through the plan starting next year.

“I think the medical profession needs to bear a part of the responsibility for overly liberal prescribing of opiates,” Franklyn said.

About 30 per cent of his addictions treatment patients became addicted to opioids after they had legitimate prescriptions for the drugs.

Franklyn said there are alternatives to opioids for pain management, like anti-inflammatory medications, that are far less harmful for patients on the long term. It all comes down to educating doctors about the risks of prescribing opioids and educating the public about the risks of using such powerful, addictive drugs, he said.

“The public has to be educated and come to accept that an opiate is not often the right thing to use for acute and chronic pain.”

Autism-friendly sports night needs a logo for their new website
Jan 24, 2020 5:00 PM
Comments
We welcome your feedback and encourage you to share your thoughts on this story. We ask that you be respectful of others and their points of view, refrain from personal attacks and stay on topic. To learn about our commenting policies and how we moderate, please read our Community Guidelines.