'If you’re looking for a great night out with friends, look no further than Theatre Cambrian’s Dinner Theatre Series'
Oct 17, 2019 1:00 PM By: Sudbury.com Staff 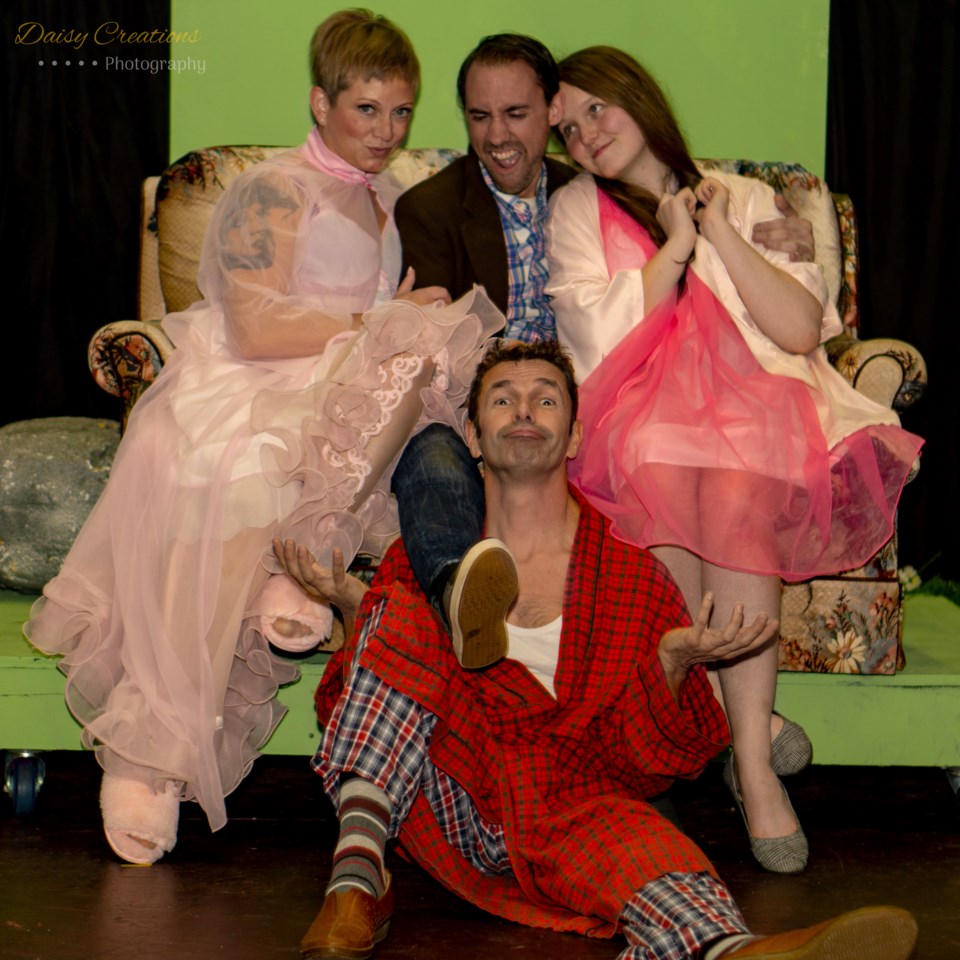 You're invited to take in Theatre Cambrian’s dinner theatre production of the British farce “Run for Your Wife” at the Copper Cliff Italian Club starting tonight (Oct. 17) and running until Oct. 19.

The story concerns bigamist John Smith, a London cab driver with two wives, two lives and a very precisely planned schedule for juggling them both, with one wife at a home in Streatham and another nearby at a home in Wimbledon.

Trouble brews when Smith gets involved in a mugging and ends up in hospital, where both of his addresses surface, causing both the Streatham and Wimbledon police to investigate the case.

His careful schedule upset, Smith becomes hopelessly entangled in his attempts to explain himself to his two wives and two suspicious police officers, with help from his lazy layabout neighbour upstairs in Wimbledon.

“Run For Your Wife” has been staged twice before by Theatre Cambrian more than 10 years ago and was among the light-hearted classics which gave Theatre Cambrian its’ reputation for great meals and great shows.

“If you’re looking for a great night out with friends, look no further than Theatre Cambrian’s Dinner Theatre Series,” said a press release.
Theatre Cambrian said it is excited to present its first production at the Italian Club in Copper Cliff, “a local staple for a great Italian meal!”

No ‘army of face mask enforcers’ waiting to hand out fines: Sutcliffe
Jul 10, 2020 2:45 PM
Comments
We welcome your feedback and encourage you to share your thoughts. We ask that you be respectful of others and their points of view, refrain from personal attacks and stay on topic. To learn about our commenting policies and how we moderate, please read our Community Guidelines.