Investigators looking at fire's cause and whether it's suspicious
0
Nov 10, 2016 8:50 AM By: Heidi Ulrichsen 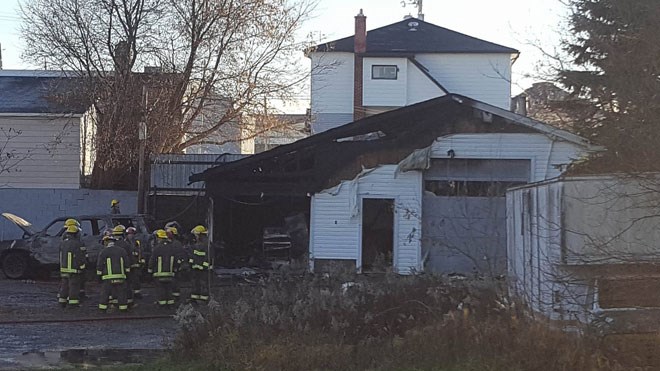 The Ontario Fire Marshal's office and police are investigating an early-morning fire that destroyed a garage and vehicle in Chelmsford yesterday.

Platoon Chief Chris Stoakes of the Greater Sudbury Fire Services said the investigating agencies are trying to determine the cause of the fire and whether or not it's suspicious.

“There's enough reason to call them in, but they haven't made any determination yet as to the actual cause,” he said.

A press release issued by the fire department said smoke and fire damage was severe. Damage is listed at $65,000.

“We're just starting the investigation,” he said. “There's no obvious cause. It may have been set. We're not too sure.”

Valiquette said the fire department is “waiting to see if the fire marshal will be attending.”

He said it looks like the fire, which was called in around 7:10 a.m. Wednesday morning, started with the vehicle and spread to the garage. The fire caused about $65,000 in damage. No one was injured in the blaze.