The first report from the new Northern Policy Institute echoes a plan set forward by junior miner KWG Resources in 2010, that the Ring of Fire's infrastructure should be developed under a port authority model.
Jun 18, 2014 4:03 PM By: Jonathan Migneault 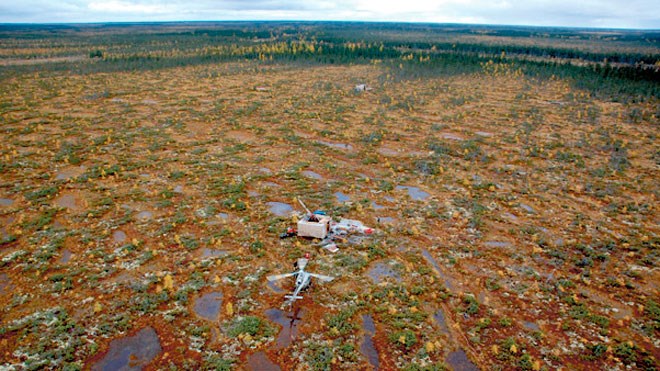 A New York hedge fund proclaims it’s won a bitter proxy fight with Cliffs Natural Resources to achieve majority control of the Ohio iron ore and coal miner’s board of directors.
The first report from the new Northern Policy Institute echoes a plan set forward by junior miner KWG Resources in 2010, that the Ring of Fire's infrastructure should be developed under a port authority model.

“Hopefully, now that somebody else has given this whole issue a lot of thought, and come to the same conclusion, it should ring a bell with (the provincial government),” said Moe Lavigne, KWG's vice-president of exploration and development.

In an email statement, the Ministry of Northern Development and Mines said it will give the Northern Policy Institute report careful consideration.

“The Northern Policy Institute has a strong understanding of northern priorities and is doing practical work to examine issues that matter to northerners and the future of Northern Ontario,” the statement said. “The Ministry of Northern Development and Mines will carefully review and consider the report as work continues to develop the Ring of Fire.”

Under the Northern Policy Institute's proposal, a new port authority would issue bonds to raise funds for infrastructure development.

The report's author, Nick Mulder, former deputy minister of Transport Canada and a registered lobbyist with Global Public Affairs, said it would be up to the new entity to determine the most effective way to build a transportation corridor to the Ring of Fire – whether it be a highway or railway.

Mulder said the advantage of a port authority model is that it would minimize financial risk for the provincial government. “Having them at arm's length of government minimizes the risk by taxpayers and it optimizes the amount of fiscal discipline,” he said.

During the 2014 election campaign, the now governing Liberal Party promised to invest $1 billion into Ring of Fire infrastructure development, with or without support from the federal government.

“Where's the money going to come from?” Mulder asked.

In February 2014, the province hired Deloitte Canada to assess the transportation options for the Ring of Fire.

“Deloitte has already begun collaborative discussions with some of the key partners and will continue to work with them on the legal structure of the corporation, governance of the corporation, revenues, operations, and participating partners,” the Ministry of Northern Development and Mines said in its email statement Wednesday. “Immediate next steps will be to develop the scope and elements of a research-based infrastructure report.”

KWG originally suggested Ontario Northland could become an asset under the proposed port authority and later argued it should be transformed into a development corporation that would lead Ring of Fire infrastructure development.

NDP MPP France Gélinas said her party is not against private infrastructure funding for the Ring of Fire, but said it should be subject to government oversight.

“The NDP believes that the government has a role to play in developing infrastructure,” Gélinas said.

The party has suggested the province dedicate an office specifically to Ring of Fire development and forging agreements with First Nations in the region.