Thorny issue of school bussing boundaries is back in Walden 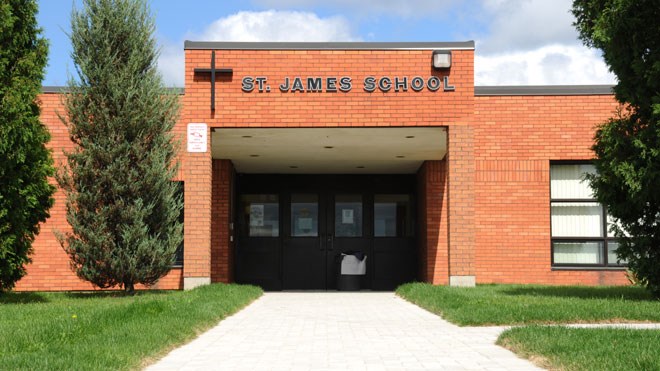 The thorny issue of school bussing boundaries has raised its head once again in the Walden area, prompting a heated online debate by residents.

They cited extremely low enrolment as the reason behind the proposal.

After an outcry from parents, Sudbury Catholic trustees passed a motion changing school bussing boundaries in the area, meaning future Grade 7 and 8 students from the area wouldn't have the option of being bussed to St. Ben's.

Parents are still allowed to send their children in Grade 7 and 8 to St. Ben's if they provide transportation themselves.

But at the March 19 meeting of the Sudbury Catholic school board, a delegation of parents who wish to have bussing to St. Ben's restored made a presentation to trustees.

Parents opposed to the idea are once again speaking out, with a debate breaking out on social media, including on the Ward 2 Community Board Facebook page.

As he also did two years ago, Ward 2 Coun. Michael Vagnini has gotten involved, setting up a community meeting set for this Sunday for residents to discuss the issue.

If you're interested in attending the meeting, it takes place at the Kinsmen Hall in Lively at noon March 24.

“I will always stand up to address any issues that people bring forward to me,” Vagnini said.

“It's not just a school board issue. It's about children, it's about bussing. It has to do with the people in this community, and going forward, how things are going to be dealt with is very important.”

Joanne Bénard, director of education with the Sudbury Catholic board, said she hasn't yet received any direction from trustees as to when the subject will be discussed, and what staff reports should be prepared.

“I know that the trustees will schedule a meeting, and I know they will have a fulsome discussion and consider the delegation that was presented,” she said.

“They will make a decision that they will feel is in the best interests of our kids and the system.”

Marsha Lowe said in an email to Sudbury.com that she and another parent, Angela McCandless, presented to the board Tuesday evening in support of restoring bussing to St. Benedict.

While only two people are allowed to present as part of a delegation to the board, she said they have the support of 36 families.

She said both she and McCandless have children at both St. James and St. Benedict. The older children are able to be bussed because they were grandfathered under the previous bussing boundaries.

Lowe said the French Immersion program at St. James continues to have low enrolment, despite the bussing boundary changes.

Numbers provided by the board show there's four in Grade 6, seven in Grade 7 and two in Grade 8, and these students are in a Grade 6, 7, 8 split class.

“The critical point is that French immersion students are already leaving St. James to go to other schools to avoid low enrolments and Grades 6-7-8 splits,” Lowe said, in the email.

“We feel they should be given the option to go to St. Ben’s and stay in the Catholic system. We felt that it was time to revisit this decision now BEFORE the board continues to lose more students to the Rainbow School Board. We asked for the board to reconsider the bussing of the Walden students so they had a choice.”

But Maurizio De Poli, also a parent of children at St. James, said he doesn't think the school has been given enough time to see the impact of the St. Ben's bussing boundary changes.

He said the board promised they would have four years before they revisited the issue, and it's only been two.

“They haven't given the school or the school council for that matter enough time to build up the numbers again,” said De Poli, whose twins are in Grade 7 in the English program at St. James.

“I think that if you leave it open and you don't get the opportunity to build those numbers back up, there's a chance that the English program might also end up moving in a short time.

“If there's not enough students then the board will review their data and look at their financial costs and maybe look at moving the English program, and I'm not in favour of that either, as a parent.”