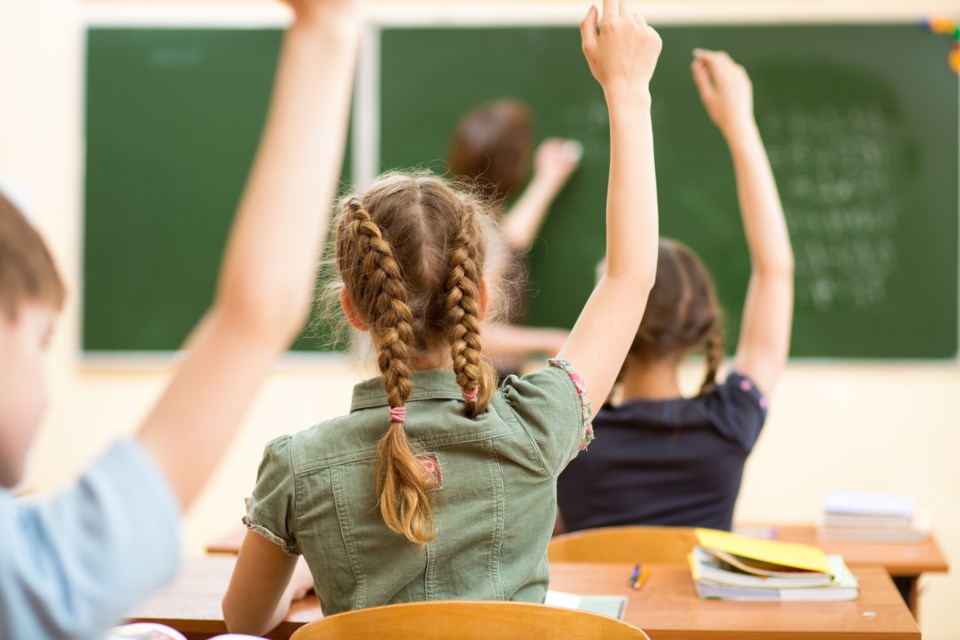 Ontario teachers unions are turning up the heat on the provincial government in ongoing contract talks.

The Elementary Teachers Federation of Ontario (ETFO) announced today that they will be in a legal strike position on Nov. 26, preparing its members for work-to-rule strike action.

Teachers and support staff in Ontario all started the school year with expired contracts. CUPE, which represents support staff including clerical workers and custodians, struck an 11th hour deal with the province on Oct. 9, narrowly avoiding a strike.

But English public and Catholic teachers are still in the midst of negotiations. While they are fighting for a new contract, Ontario teachers are at the same time pushing back against sweeping changes to the education system announced in March by the Doug Ford government.

Among the changes announced March 15 are increasing the high school class size average from 22 to 28 and by one student at the Grade 4-8 level, eliminating thousands of teaching jobs. The changes also include new math and sex ed curriculums, banning cellphones in classrooms and revising teacher hiring practices.

The Ford government said on Nov. 6 that the multi-million dollar spending cuts it instituted have helped it beat its deficit target by $1.3 billion this year. The province is now forecasting a 2019-2020 deficit of $9 billion, down from the $10.3-billion projection in its spring budget.

ETFO president Sam Hammond said any strike action will not impact students. The union voted 98 per cent in favour of the strike mandate.

“We are making this known well in advance to assure parents that this strike action will not affect students, their learning or their safety,” he said. “ETFO members will be withdrawing from ministry and school board administrative activities, which will give them more time to focus on working with students.

“Our goal is to turn up the heat on Premier Ford and his education minister, Stephen Lecce. It’s critical that they finally come to contract talks prepared to address the real issues of concern: more supports for students with special needs, the protection of Ontario’s Kindergarten program and critical issues like addressing violence in schools.”

Meanwhile, OECTA teachers voted 97.1 per cent in favour of striking on Nov. 13.

“The message we have sent to the government is loud and clear: Catholic teachers will not accept any agreement that would be detrimental to learning and working conditions in our schools,” said OECTA president Liz Stuart in a news release. “The government will try to portray this as teachers escalating tensions, but the reality is they have created this situation by continuing to pursue their reckless cuts to education.

The goal, all three unions have said, is to get the government to come back to the bargaining table.

Further complicating negotiations is the passing of Bill 124 on Nov. 7. The bill, which is now law, caps public sector wage increases to one per cent over the next three years. The passing of the bill while three teachers unions are in contract talks with the province angered the English teachers’ unions, as well as the union of French teachers, the AEFO (Association des enseignantes et des enseignants Franco-Ontariens.

While the province has said the cap is key to eliminating Ontario’s $9-billion deficit, teachers unions called it a slap in the face to pass such a bill in the midst of contract talks.

"It puts the lie to the minister's claim that he was interested in negotiating in good faith," Harvey Bischof, the president of the Ontario Secondary School Teachers' Federation, said last week. "This is the exact opposite of that. It is corrosive of trust and any attempt to come to creative solutions that both sides can support."