Today’s WTF ‘mining moment’ brought to you by KWG

Junior miner testing the theory that sex sells, even when it comes to the Ring of Fire
Aug 5, 2016 1:52 PM By: Sudbury.com Staff 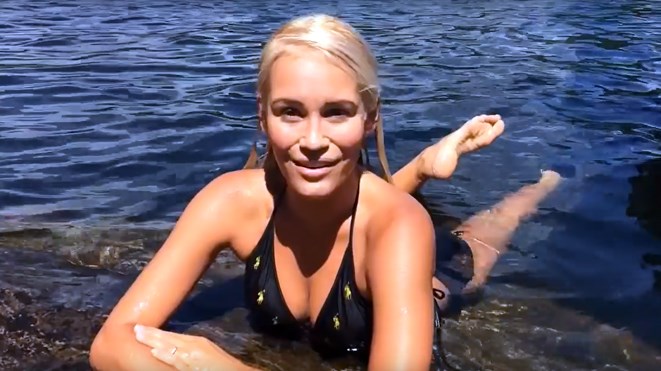 KWG Resources apparently thinks the way to generate interest in their Ring of Fire mining claims is … wait for it … girls in bikinis. Screen Capture YouTube/KWG Resources

You know how sometimes you see something and it leaves you scratching your head, so you go back (in the case of a video you found on the Internet, let’s say) and watch it again, just to make sure you weren’t hallucinating?

Sudbury.com came across just that sort of thing today.

Junior miner KWG Resources is selling the Ring of Fire deposit in northwestern Ontario, of which it has several claims in the still-undeveloped chromite hotspot, using girls in bikinis. Yes, girls in bikinis selling a mining development.

It’s quite likely the weirdest promotional video for a mining claim ever produced.

In the video, bikini model and actress Theresa Longo and another young woman identified only as “Ashley” (because, really, does she need a last name?) lounge half-dressed in various outdoor locations sharing “5 interesting facts about Ontario’s Ring of Fire.”

Socially progressive this video is not.

Check out the weirdness for yourself.