Some routes on new system have been modified in response to public concerns
0
Sep 3, 2019 9:23 AM By: Sudbury.com Staff 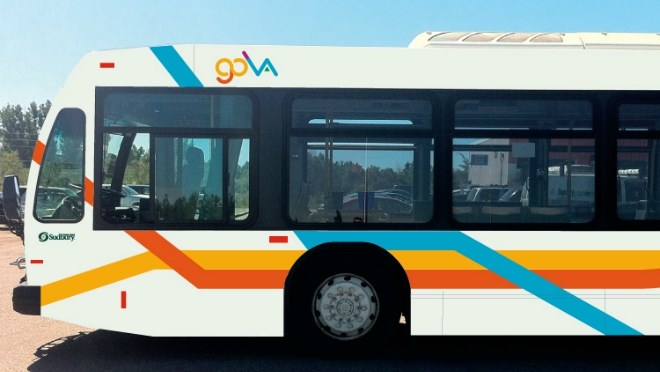 In a news release Friday, Greater Sudbury said the new transit system has been a success so far, with 95 per cent of buses arriving and leaving on time.

“Buses have been running 95 per cent on time during the first four days of a totally transformed transit service, a tremendous improvement over the 70-per-cent average of the former transit system,” the release said.

“Riders are reminded to check for new weekend routes and schedules in the GOVA Riders’ Guide, online at GOVAtransit.ca, at the Downtown Transit Hub and by calling 705-675-3333,” the release said.

'GOVA Transit ambassadors' – mainly city staff and other volunteers – have been stationed on the buses and at terminals to help riders navigate the new system.

They will remain on buses and at key boarding locations through the first days of the new school year, the release said.

Student rider tips are available online at GOVAtransit.ca and by calling 705-675-3333. Other things to know after the first week of the new system:

Route 3 Laurentian University via Regent Street serves the main entrance of the Sudbury Outpatient Centre when travelling from downtown. Residents leaving the Outpatient Centre have the option of boarding Route 3 at the main entrance. Route 3 continues to Health Sciences North where riders can transfer to a high frequency Route 1 Main Line for transportation to the Downtown Transit Hub.

Route 101 Lively and Route 102 Garson GOVA Zone schedules have been redesigned to make them easier to understand. Redesigned schedules are available online at GOVAtransit.ca and at the Downtown Transit Hub.