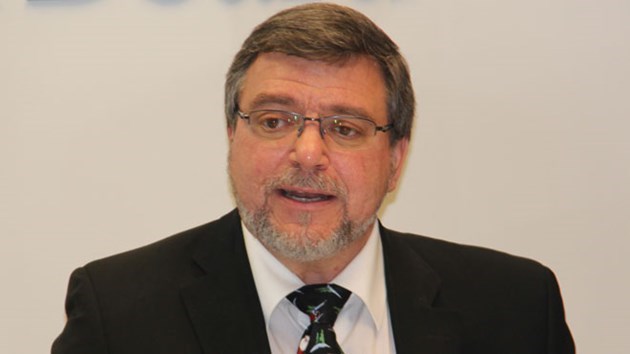 It looks like kids will be heading back to class in Ontario amid the COVID-19 pandemic next month, but they'll be doing it using computers and iPads in their own homes.

Rainbow District School Board director of education Norm Blaseg said the Ministry of Education has been working with all 72 school boards in the province to roll out a junior kindergarten to Grade 12 distance learning plan, with a target date of April 6.

While this plan has not yet been announced by the province, Blaseg said parents should look for an official announcement by Monday at the latest.

Ontario Premier Doug Ford has already acknowledged that due to the severity of the pandemic, it's not realistic for the province's schools to reopen April 6 after the three-week break.

Blaseg said the Ministry of Education has been holding twice-a-week teleconferences with school board directors of education on the topic of distance learning.

“The ministry does expect starting April 6 that we provide distance learning from K-12,” he said. “We're diligently working to facilitate that. There's a host of challenges with that, as you might imagine.”

The Rainbow District School Board issued a letter to parents March 26, letting them know they should keep an eye out for the rollout of the board's distance learning plan.

Blaseg said the board is surveying students' families and its staff members to see if they have adequate devices and internet connectivity to take part in virtual school.

In the case of students where technological challenges would make virtual school impossible, assignments will be provided through other, less-high-tech means, he said.

With schools shut down under the provincial state of emergency, Blaseg said he's also trying to make arrangements for staff members to retrieve their laptops and teaching materials from schools, while protecting their health.

He said the board is also sensitive to special-needs students and is attempting to come up with a plan for them.

“I don't know at the end of the day what that's going to look like, and that's what we've tasked our staff to come up with,” Blaseg said.

He said in his time working in education, he's “never seen or even heard of a challenge like this. We're all brand new to this, and so it's a huge learning curve.”

Representatives of the unions representing the Rainbow board's teachers said the board has been working with them as it tries to piece together a distance learning plan.

“What will it look like? How are we going to get distance learning into the homes, and how many homes will have it, and if they can't, what is plan B? No one has ever done this.”

She points out that on some places on Manitoulin Island, which the Rainbow board serves, internet connectivity is spotty. Not all families would have access to devices such as computers or iPads either, Blasutti said.

The topic of e-learning was actually a point of contention between teachers' unions and the Ontario government during recent labour negotiations.

Eric Laberge, president of the Ontario Secondary School Teachers' Federation (OSSTF) District 3, said the government's e-learning proposal that would have made it mandatory for high school students to take courses online isn't the same thing as the current situation.

While the province has now backed off on e-learning somewhat, Laberge said the union's objection was partially about the “mandatory” part, as e-learning isn't right for every student.

“That's going to pose a challenge for distance learning. The current state of affairs means the board is going to have to find a way somehow to be able to reach those students and give them an opportunity to continue their learning.”

Laberge said he expects the implementation of distance learning during the pandemic to be “very trying.”

He said some high school classes, such as phys ed and tech courses including auto shop or woodworking, don't lend themselves well to remote delivery.

Laberge said both the board and his members are going to have to learn as they go along. “This is very much uncharted waters,” he said.

Storm clouds move into the work week
Jun 1, 2020 5:00 AM
Comments
We welcome your feedback and encourage you to share your thoughts. We ask that you be respectful of others and their points of view, refrain from personal attacks and stay on topic. To learn about our commenting policies and how we moderate, please read our Community Guidelines.