Workers were locked out by their employer for five months when the home-care provider suddenly axed 29 administrative staff
Nov 13, 2019 2:45 PM By: Matt Durnan 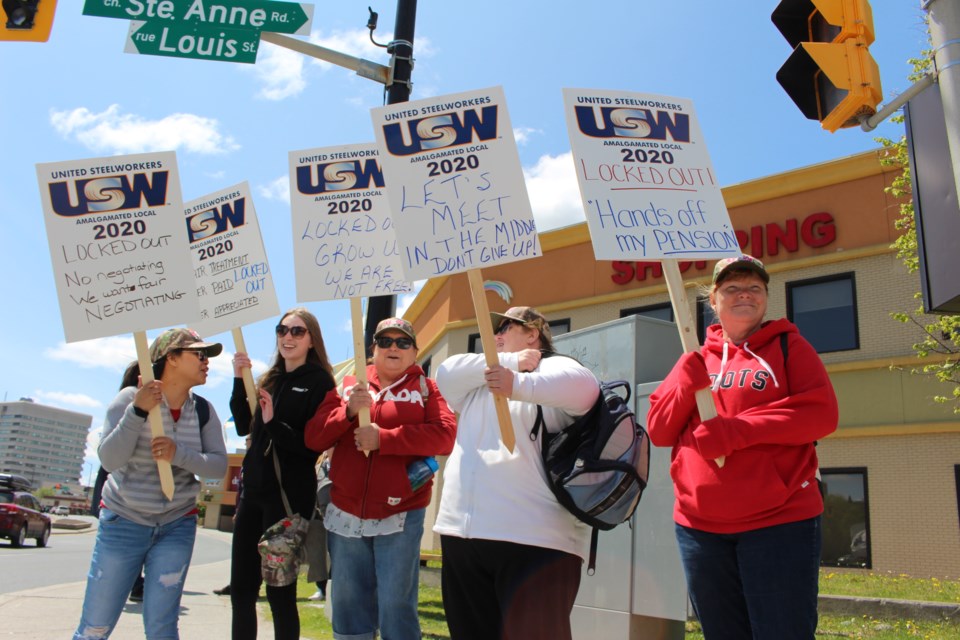 A lockout that began on May 31 came to an abrupt halt on Nov. 12, as CarePartners axed 29 Sudbury jobs. (File)

A lockout that began on May 31 came to an abrupt halt on Nov. 12, as CarePartners axed 29 Sudbury jobs.

CarePartners locked out more than two dozen employees, members of USW Local 2020, back in May, all of whom were administrative staff and home care co-ordinators responsible for arranging and scheduling home care visits, which are done by personal support workers.

Over the course of the more than five-month lockout, the task of scheduling home care visits was moved to Southern Ontario, which created some hiccups when arranging and scheduling these PSW visits.

A specific area where quality of care needs were not being met were in the French-speaking community, said Jessica Montgomery, Local 2020 unit president for CarePartners Sudbury's unionized workers. While CarePartners does have bilingual PSWs, the people in charge of scheduling the workers weren't aware of who they are, nor did they know which clients may require their service in French.

"When you get someone from Toronto who can't speak French, which a requirement of our job is to be bilingual, they have issues addressing major health concerns and our PSWs are then forced to work with inconsistencies and our clients aren't getting the continuity of care."

Sudbury's geography also created some challenges for schedulers in Southern Ontario who were not familiar with how spread out the area is.

"A lot of people who reach out to me are people with family members who have dementia and when you have different people coming to give you care every time because the scheduler doesn't know that Capreol and Coniston are not next to one another," said Nickel Belt MPP France Gélinas at the October town hall meeting.

Jessica Montgomery spoke with Sudbury.com on Tuesday after news of the elimination of the 29 Sudbury jobs became public, and while disappointed that an agreement could not be reached, was optimistic about what it means for the future of those workers whose jobs have been eliminated.

"A lot of workers had to find other means of work during the lockout and many of them realized what they're actually worth and what they deserve," said Montgomery. "Many of us had been working in a toxic environment for too long and didn't realize it and we got too comfortable in the situation we were in (with CarePartners) and didn't realize what else was out there."

Sudbury.com did reach out to CarePartners for comment on the situation, but the company has not returned our message.

Last week, CarePartners reached out to union members and essentially told them that their jobs were expendable and that the work could be sent anywhere with the flip of a switch.

Union members were able to negotiate a fair closure agreement and will receive a severence package and many have already secured employment elsewhere.

"The goal the whole time was that we're worth more than these low wages and we deserve a healthy and safe work environment," said Montgomery. "Although I'm losing my job I know that there's something bigger and better waiting for me. I'm excited for my new adventure whatever that may be."

Montgomery is hopeful that the decision to permanently remove the scheduling duties from Sudbury won't create any difficulties in the home care system and that patient care won't be impacted.

"I think that the language barrier will be an issue because the work is being re-routed to Southern Ontario where the French language isn't as prevalent as it is in the North," said Montgomery. "But I'm sure that they'll come up with a solution through translation, but it takes practice to get things done correctly and I'm sure the last six months has been a lot of trial and error and hopefully they'll iron out any issues for the clients' sake and for the personal support workers."

While optimistic about her own future and that of her coworkers and former company, Montogomery was vocal in her disappointment with the Ford government and their lack of support during the lockout.

"We tried to schedule a number of meetings with the minsiter of labour (Monte McNaughton) and he was not willing whatsoever, so this PC government has definitely not supported us."

Timmins could be hosting a monster nickel deposit
Jul 14, 2020 9:00 PM
Comments
We welcome your feedback and encourage you to share your thoughts. We ask that you be respectful of others and their points of view, refrain from personal attacks and stay on topic. To learn about our commenting policies and how we moderate, please read our Community Guidelines.