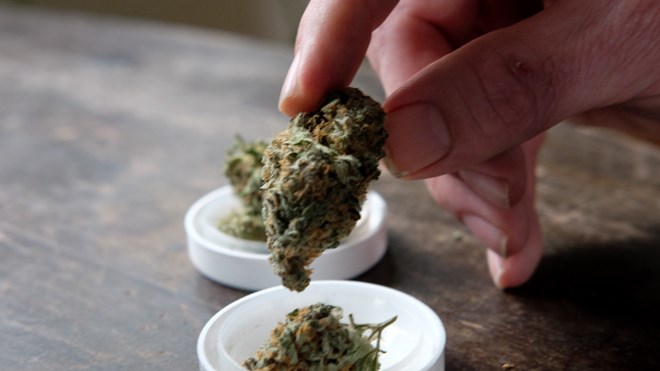 Bodystream, an alternative wellness clinic with locations across Ontario, including Barrie, Ottawa, Kingston and Hamilton, plans to open a Sudbury location in the next four to six weeks that will offer patients medical marijuana prescriptions. File photo.

Sudbury residents who believe a marijuana prescription could help treat their medical conditions will soon have a new option for prescriptions.

Bodystream, an alternative wellness clinic with locations across Ontario, including Barrie, Ottawa, Kingston and Hamilton, plans to open a Sudbury location in the next four to six weeks.

“We have patients that come down to our Barrie location already,” he said. “We're just trying to open up locations that are convenient to the patients.”

While Bodystream's clinic offer a number of services, including weight loss clinics and colon hydrotherapy, Warner said the Sudbury location will start with medical marijuana prescriptions, and could expand to other services if there is enough demand.

Any family physician or specialist can prescribe medical marijuana to their patients, but Warner said many are not familiar with the drug and are hesitant to write prescriptions for their patients.

Those doctors might refer their patients to services like Bodystream, or patients can seek them out on their own.

Medical marijuana proponents say the drug can benefit patients with everything from cancer, to chronic pain, colitis, anxiety and more than 25 other conditions.

Research on medical marijuana's effectiveness varies based on the condition, and in many cases is considered insufficient to draw conclusions on its safety and efficacy.

Warner said the Bodystream clinic will not just hand out prescriptions to anyone who walks through the clinic doors.

Meetings with Bodysteam's physicians are by appointment only, he said, and involve as pre-screening process to ensure patients meet the requirements for a prescription.

Bodystream does not keep any medical marijuana on its premises, but instead acts as an intermediary, and connects patients with a medical marijuana producer licensed through Health Canada's Marihuana for Medical Purposes Regulations.

The producer would then deliver the product directly to the patient.

Although Bodystream has not yet settled on a Sudbury location, Warner said the company is already pre-screening patients for medical marijuana prescriptions.

As for Prime Minister Justin Trudeau's campaign promise to legalize marijuana for recreational use, Warner said he does not expect that to affect his business plan.

“Even if they started the ball rolling tomorrow, we're still a number of years away from full legalization,” he said.

He added recreational marijuana would likely be heavily taxed, like alcohol and cigarettes, and would consist of different strains from medical marijuana.