Vale and KGHM teams headed to Ontario Mine Rescue competition 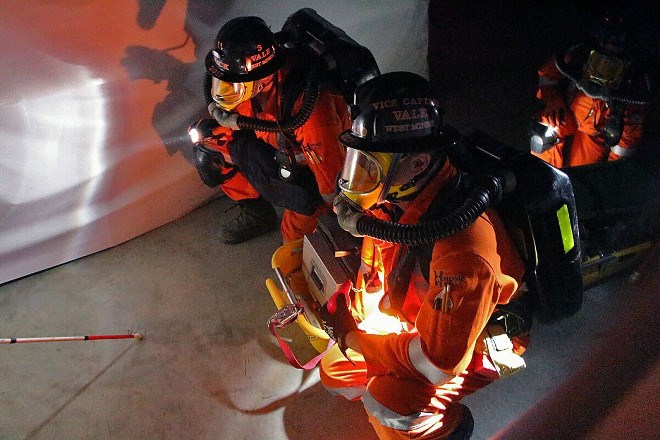 Mine rescue teams from Onaping and Sudbury will test their emergency response knowledge and skills against the rest of Ontario’s best at the 69th annual Ontario Mine Rescue Provincial Competition in Matachewan, June 6 and 7. (File)

Mine rescue teams from Onaping and Sudbury will test their emergency response knowledge and skills against the rest of Ontario’s best at Alamos Gold’s Young-Davidson Mine during the 69th annual Ontario Mine Rescue Provincial Competition in Matachewan, June 6 and 7.

Last year’s winner, Goldcorp Canada, Musselwhite Mine Team Horde, will return to defend its title, and a previous guest team, Boliden Tara Mine from Ireland, also returns to the competition.

Tara, which originally based its emergency response program on Ontario Mine Rescue, has visited Ontario and the Provincial Competition several times in the past 20 years, most recently at the 2016 International Mines Rescue Competition in Sudbury.

Alamos Gold will host the underground emergency simulation portion of the competition organized by Ontario Mine Rescue, a part of Workplace Safety North.

The competition will test the teams’ mining emergency response knowledge, firefighting skills, first aid response, use of emergency equipment and decision-making ability under stress during a simulated emergency.

A designated viewing area at the Young-Davidson site will permit family, friends and the media to watch the competition via livestreaming video. Admission is free.

The competition will start at 7 a.m. each day.

Competing mine rescue teams, each a winner of their respective qualifying district competition, are: