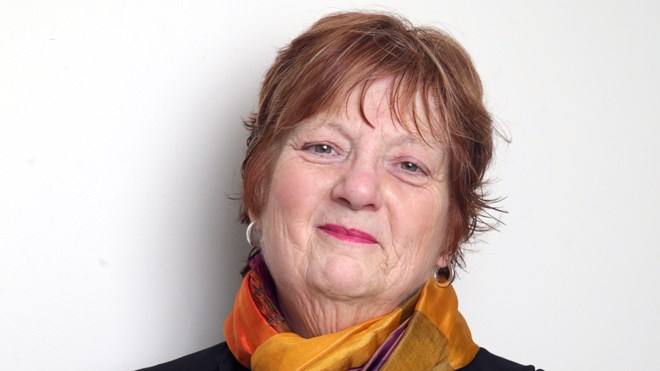 One of the most trusted names in local news, Carol Mulligan, has passed away, a source tells Sudbury.com this morning.

Mulligan, 67, was a working reporter and editor for more than 40 years. She spent 15 years as an award-winning reporter for The Sudbury Star, where she became known in particular for her coverage of labour and health care issues.*

After retiring from the Star, Mulligan became a freelance writer. Starting in 2018, she covered health care and Health Sciences North for Sudbury.com. Mulligan was the managing editor of Northern Life in the 1990s, prior to joining the Sudbury Star.

Her freelance work covered overcrowding at the hospital and hallway medicine, the challenges faced by overworked frontline staff, executive compensation and the approval and funding of a PET scanner, fulfilling the dream of Sam Bruno and his family, a topic near and dear to Mulligan's heart.

Her most recent work for Sudbury.com was an extensive and exhaustive story on the legacy of the 2009-2010 Vale Inco strike.

In all her work, Mulligan never forgot the human element, putting people first and foremost in her stories. She fought for the little guy.

Following her departure from the Star, in 2017, she announced her candidacy for the NDP nomination in the Sudbury riding. She lost the candidacy to the eventual winner and current Sudbury MPP Jamie West.

“Entering provincial politics will allow me to continue to fight for people who are struggling and against those who are making Sudburians’ struggles more difficult,” said Mulligan at the time.

At the time, Brenda Tessaro, spokeswoman for the Sam Bruno PET Steering Committee, called Mulligan an ideal candidate for the NDP.

“Carol put her heart and soul into working with the committee,” she said.

In reacting to her candidacy Mulligan’s former Sudbury Star editor, Brian MacLeod, highlighted her dedication and her profound and sincere concern for the welfare of people.

“She is tenacious in championing the rights of those who otherwise might not have a voice,” he said. “Her compassion and extraordinary resolve were the hallmarks of her career in journalism.”

Mulligan will be remembered for feisty personality, strong opinions that she was always willing to share, and above all, a tenacious drive to keep the community informed. She was a journalist through and through.

Mulligan's niece, Heidi Ferguson, told Sudbury.com Mulligan passed away suddenly during the afternoon of Aug. 11. A celebration of life is being planned.

*An earlier version of this story incorrectly stated Mulligan's age as 66.