Reader shares images and video of odd incident captured while out for an early morning walk
May 2, 2021 2:45 PM By: Sudbury.com Staff 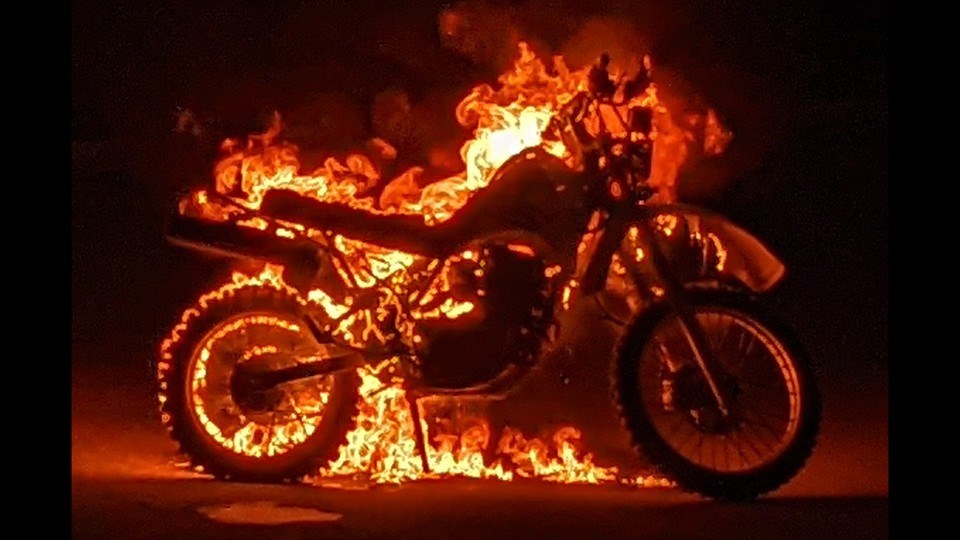 A Sudbury.com reader shared images and video of a motorcycle set alight and left to burn in the parking lot of the shopping plaza at 555 Barrydowne Rd. near Starbucks early Sunday morning.Supplied

Greater Sudbury Fire Services called police in to investigate after responding to an odd incident early Sunday morning: a motorcycle was set alight and left to burn in the parking lot of a shopping plaza in New Sudbury.

“Upon arrival our firefighters quickly extinguished the fire and called in GSPS for investigation,” Oshell said.

A person who came upon the burning motorcycle, which appears to be an off-road dirt bike, and arrived before firefighters told Sudbury.com he was walking along Barrydowne Road, headed toward the Tim Hortons, near The Kingsway when he spotted the fire. He asked to remain anonymous.

“I thought it was pallets on fire in the parking lot and started video/camera, then I noticed it was a motorcycle,” he said. “I didn't call as I heard sirens coming and I left as not to be in the way. I didn't see anybody as I approached. I did look around, but didn't see anyone.”

He shared the video below of the burning motorcycle.

Sudbury.com has reached out to Greater Sudbury Police for additional information.