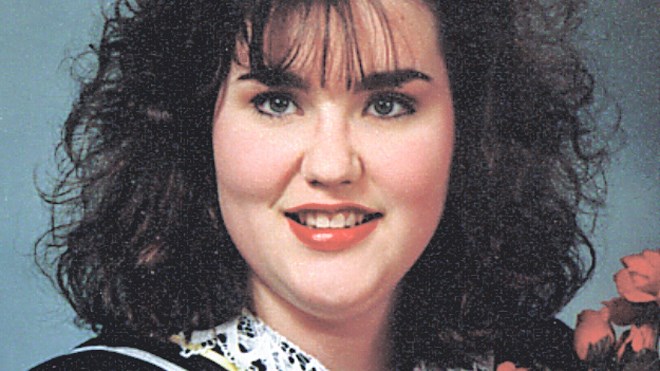 But he's a musician, so he wrote a song 12 years ago about his heartbreak over the Jan. 27, 1998 stabbing death of his friend Reneé Sweeney.

With the blessing of Sweeney's sister Kim, Byrne has released his song, “We Will Not Forget Reneé,” on YouTube.

He said he donates every year to the MS Walk — Sweeney's late mother, Carole Strachan, lived with the condition, and one Sweeney's best friends takes part in the event every year.

Byrne said he's monetized the YouTube video, and any money he gets from views will be added to his MS Walk donation.

The man, who now lives in Japan, met Sweeney when they were both studying music at Laurentian University. She was murdered at her workplace at Adults Only Video in Sudbury as a fourth-year student.

“There weren’t so many music students; we all knew each other and liked each other so we were all close,” Byrne said, in an email to Sudbury.com.

“On top of that a few of us met outside of school to watch bands, grab dinner, and sometimes they’d come to watch my band play. Renee had two best female friends. I guess I was her closest male friend for a while.”

He said he was in the unique position of having said goodbye to Reneé before her death.

“We met in the mall and had coffee,” Byrne said.

“She told me she was moving to Ottawa and I told her I was moving to Japan, where I still live now. Pre-Facebook we were sure that we’d never see or contact each other ever again. I guess that gave me some kind of closure others didn’t have.”

He said a friend called him on the morning of Sweeney's death to break the news. “I was just shocked - in utter disbelief,” Byrne said. “I felt hollow inside and the feeling comes back vividly upon remembering it.”

Byrne said he still keeps her funeral card on his desk as a constant reminder any day could be our last or the last day of someone we love.

“I often looked at it wanting to write something for her but nothing nice would come out. Only darkness,” he said.

“One day I just went with that feeling and the song practically wrote itself. It’s dark, sad, and angry. From writing, arranging, recording each instrument, mixing — every decision was guided by the loss of Renée.

“So the song isn’t for her. She’s gone. It isn’t even about her really. I was and am incapable of a song that pretty. Maybe some day. The song is a tribute to the heartbreak left in the wake of her death.”

In December, after nearly 21 years, there was a long-awaited arrest in the Sweeney murder case.

Byrne said he went through “stages of reactions.”

He said his immediate reaction was both relief and worry for Sweeney's sister Kim and those close to her — relief that justice may be served but worry that this may not be the guy and their hopes would be dashed.

“After hearing that there's DNA evidence, I’m more optimistic but I’m still worried for Kim having to relive everything in court,” Byrne said.

“Almost simultaneously I was enraged by the comparison of his high school year book photo and the original artist sketch. They look SO similar!! NOBODY noticed? Family? Friends? Teachers?

“My feelings now: if he’s the guy, great that they caught him, but it’s not going to bring her back. And in my opinion, having been free for 21 years - legal justice can no longer be served.”

You can watch Byrne's song here: