Greater Sudbury's volunteer firefighters approved their first collective agreement Jan. 10, with 95 per cent of members voting in favour of the deal. City council gave its approval when they met Tuesday night.
Jan 15, 2014 4:31 PM By: Sudbury.com Staff 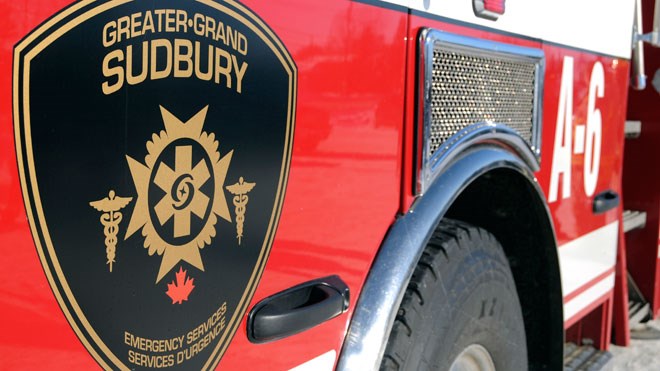 Firefighters were called to a fire at a Tuddenham Avenue home on Dec. 8. The fire was ignited by cooking oil. File photo.
Greater Sudbury's volunteer firefighters approved their first collective agreement Jan. 10, with 95 per cent of members voting in favour of the deal. City council gave its approval when they met Tuesday night.

The volunteers are members of Eastern Ontario Volunteer Firefighters Association, Local 920, which is affiliated with the Christian Labour Association of Canada (CLAC).

The contract ensures volunteers will receive 40 hours of training before being assigned to their station, where additional instruction will take place before they fully respond to emergency calls. The city will also increase training for existing volunteers to six hours a month, an increase of 50 per cent.

The contract includes several other measures to enhance service and address problems with high turnover rates. They will take on a bigger role in offering fire prevention education to the public, increasing by 200 hours per year under terms of the contract.

The city will increase injury/illness insurance for volunteers from $100,000 per firefighter to $200,000;

The protective gear they wear will now be subject to National Fire Protection Agency standards; and,

Each volunteer will receive $250 once every two years to go toward casual uniforms and apparel, and senior members will be provided a dress uniform if they choose.

The volunteer firefighters joined the CLAC in March 2013. Negotiations began in April and a tentative agreement was struck just before Christmas.

“This agreement puts us on the right track and is a good first step,” Meyer said in the release. “It’s a good contract for the citizens of Sudbury that depend on volunteer fire service, and it also ensures that the city will now listen to the voice of the volunteers, something that was not always true in the past.”