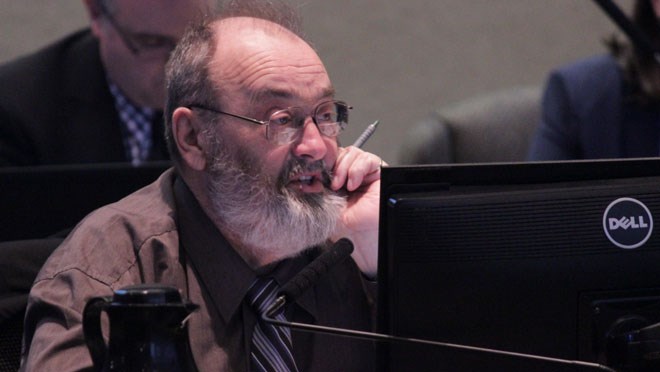 Tuesday's council meeting started with fireworks, but ultimately fizzled as council voted not to proceed past 10 p.m. in their deliberations over the final report of their core services review.

Council directed staff in 2019 (based on a May 14 motion from Ward 8 Coun. Al Sizer) to undertake a review of the primary services city government provides to residents with an eye to finding more efficient ways of delivering those services. The $250,000 review was funded through the province's Audit and Accountability Fund, which directs municipalities to find four per cent in savings in their budgets, focusing on efficiencies to absorb provincial funding cuts as an alternative to cutting services or raising taxes.

KPMG was contracted to undertake the review and identified areas of municipal services where, if the accounting firm's top 10 recommendations were fully implemented, the city could find $4 million a year in savings through efficiencies. Of the 10, five could be implemented within two years (the five presented this week) and three within in four years, while the remaining two would require more than five years to implement.

Sudbury.com will be publishing a deeper dive into the report in the coming days.

Tuesday's meeting got off to a tense start. Ward 3 Coun. Gerry Montpellier didn't mince words when councillors took their turns to weigh in on the report. Calling the report "shameful," the councillor said the review disrespected the citizens of Sudbury and was little more than a deceitful way of cutting services. He was nearly thrown out of the meeting by his fellow councillors for his criticisms, particularly his criticism of CAO Ed Archer.

"For those who have not read this shameful report, just a few examples: closing swimming pools, fire halls, arenas, parks, community halls, decommissioning established residential streets as justification to not plow them," Montpellier said. "No curbside garbage pickup, no street sweeping, sidewalk plowing to be at property owners' expense. I believe this is just another scheme to disrespect the citizens similar to the scheme of sending out without notice, early tax bills in order to collect late payment fines.

"Accepting this report would truly be Sudbury's lowest and darkest moment. Who would seriously consider living or investing in a city that knowingly chooses to destroy itself?"

Mayor Brian Bigger called for a point of order when Montpellier called for Archer, the city's chief administrative officer, to resign.

"Councillor, I think there was a lot of inaccurate and inappropriate statements made. I think I'd like you to apologize for what you've said," said Bigger.

Montpellier said he refused to apologize for what he believed, prompting Ward 8 Coun. Al Sizer to ask that a vote be taken to have Montpellier removed from the meeting. After some deliberations, and what Bigger interpreted as an insincere apology from Montpellier, the Ward 3 councillor finally relented and gave a more formal apology and the meeting continued.

Councillors spent three hours discussing three of the five recommendations in the report.

The five recommendations outlined in the core services review final report can be viewed here, though the three discussed Tuesday were amended to change the wording, and the third recommendation was changed entirely.

The first recommendation, as amended, is that the general manager of Community Development continue to work with local school boards to establish mutually agreeable terms regarding the shared use of facilities that provide a fair matching of costs and benefits. If implemented as detailed in the report (though the original recommendation was amended by council), altering shared use agreements could save $175,000 a year, KPMG stated.

Ward 5 Coun. Robert Kirwan led off the questioning, asking the city's director of Leisure Services, Jeff Pafford, whether the city had been in any formal discussions with city staff and the four school boards to establish terms of the shared use of facilities.

"If so, how long have these been going on and how close do you feel you are to coming up with an agreement?"

Pafford responded that there is no comprehensive agreement in place between the city and the four school boards, but rather operating under previous agreements that date back to 2000 and earlier.

"Staff have periodically been meeting with representatives from the school board towards a framework for a new comprehensive agreement. The point we're at now is really understanding the services that are reflected and reciprocated under that agreement and getting down to those details," said Pafford.

Council voted in favour of the first recommendation, which included an amendment of "maintaining the fundamental principles which have guided our shared use arrangements over the years, and deliver a formal agreement for council's review and approval by the end of the third quarter of 2020."

The second recommendation in the report dealt with the city's user fee policy, stating that the chief financial officer update the user fee policy to include a framework that guides what portion of recreation costs should be recovered by user fees and the rate of subsidy that should be provided by taxpayers for council's review and approval by the end of the third quarter of 2020. In the KPMG report, increasing user fees on municipal facilities could save $245,000 a year.

This recommendation raised some questions from councillors, including Ward 10's Fern Cormier, who was apprehensive about the city using time and resources to recommend a user fee increase that likely would not get approval from council.

"Frankly, we're going to spend an enormous amount of time and staff energy and public angst for something that we probably won't do," said Cormier.

"I'll be the last person to presuppose, but if staff came in and said 'user fee increase 10 per cent,' I don't know what the appetite for that would be. But I don't see a benefit to having it hang out there in the community with them thinking that's the objective of this. When I read the recommendation and it talks about a framework that guides what portion of costs should be recovered by user fees and the rate of subsidy that should be provided, any time a government talks like that, they're coming for your money, I'm sorry, that's fancy language for 'we're coming to look and see if we can get a few more bucks out of you to cover some of our costs'".

Cormier was one of six votes in a simultaneous written and recorded vote against the second recommendation, joined by Mark Signoretti, Michael Vagnini, Gerry Montpellier, Joscelyne Landry-Altmann and Bigger. The recommendation was passed however in a 7-6 vote.

The third recommendation in the report was all but completely scrapped by council and replaced with an amended recommendation that will see the city take a closer look at utilization of its facilities and parklands.

The original recommendation was as follows, "That the Chief Administrative Officer develop a communications plan to support Council’s further deliberations about KPMG’s recommendations to rationalize facilities and review maintained parkland requirements, as outlined in the report entitled Core Service Review Final Report, from the Chief Administrative Officer, presented at the City Council meeting on Feb. 18, 2020."

A deeper look at the recommendation in its original wording was that 633 hectares (a little less than half the current amount of city-maintained parkland) would be "naturalized" or un-maintained; in other words, the city would no longer be cutting grass and maintaining 633 hectares of parkland. In the report, following this recommendation would save $980,000 a year.

Much of council was in agreement that before taking steps to naturalize parkland and other facilities on parklands, they should take a closer look at utilization of these lands to get a better idea of what next steps to take.

The recommendation was amended to read as follows, "that council direct staff to prepare a report and policy describing minimum utilization rates and other similar criteria to support council's further deliberations about KPMG's recommendations to rationalize facilities and review maintain parkland requirements to be presented to council by the end of the third quarter of 2020."

Council approved the amendment shortly after 10 p.m. before voting against continuing the deliberations.

The core services review final report debate will pick back up at council's next scheduled meeting on March 4.