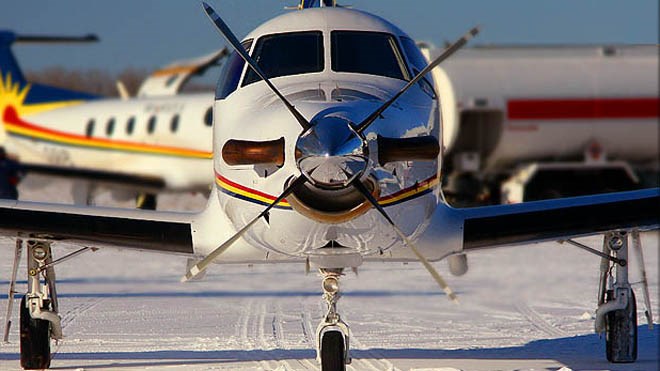 Wasaya is continuing its efforts to reach the aircraft site by land, however, rescue efforts are hampered by freezing rain and poor weather in the area.

A helicopter dispatched this afternoon was unable to reach the site due to heavy icing and was forced to return to Sioux Lookout.

A ground mission is now being launched, coordinated by the Ontario Provincial Police, with the hope of reaching the site before night fall. The status of the single pilot onboard the cargo aircraft remains unknown.

Canadian Forces Search and Rescue have located what appears to be Wasaya Airways’ Cessna 208 Caravan Cargo Flight 127 that was reported missing this morning.

In a news release, the airline says an aircraft was spotted on the ground about 28 kilometres north of Pickle Lake. It's reported that the plane appears to be in one piece and there is no sign of smoke or fire.

The cargo flight was reported missing this morning. The flight originated in Pickle Lake and was destined for Wapekeka First Nations. It was reported overdue after 9 a.m. Friday morning when it failed to arrive.

The aircraft is a cargo aircraft, operating with one pilot. No passengers were onboard.

Wasaya has bases in Sioux Lookout, Pickle Lake, and Red Lake. The First Nation-operated airline has a fleet of 18 aircraft providing scheduled passenger, charter, freight and fuel services to 25 destinations.

In 2014, the airlines received national attention amidst media reports of Transport Canada safety violations, growing debt, and concerns about improper use of a company credit card by a senior manager. A restructuring process started last September, beginning with the layoff of nearly 50 employees.

Further updates will be forthcoming as information becomes known.