Watch NHLers face off against docs to benefit NEO Kids 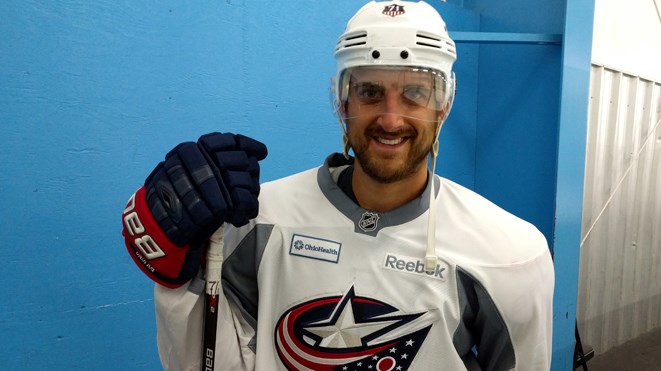 Columbus Blue Jackets captain Nick Foligno put together a team of current and past NHL talent to play against local doctors for a charity hockey game to support the NEO Kids Foundation on Wednesday, Aug. 3. Photo by Jonathan Migneault.

Many of Greater Sudbury's current and former NHL players will be under the same roof on Aug. 3, for a charity game to support the NEO Kids Foundation.

Columbus Blue Jackets captain Nick Foligno, who is also honourary chair of the NEO Kids Foundation, put together a team of current and past NHL talent after her received a call from Dr. Sean Murray, medical director of NEO Kids, about hosting a charity game to support pediatric care in the northeast.

“I'm pretty excited about the opportunity we're going to have to be able to raise some money and have a lot of fun,” Foligno told Sudbury.com.

As a father of two young children, Foligno said NEO Kids, and its mission to create a new standalone centre for children's outpatient care in Sudbury, is a topic that is near and dear to his heart.

When his daughter Milana was just three weeks old, she had a successful open-heart surgery at Boston Children's Hospital.

The little girl was born with a rare heart condition called mitral valve regurgitation that prevents the heart's mitral valve from closing tightly, which makes the heart less efficient at pumping blood to the rest of the body, and can make a person feel tired and out of breath.

Foligno was able to recruit the Chicago Blackhawks' Andrew Desjardins, the Florida Panthers' Derek MacKenzie, the Ottawa Senators' Zack Stortini and his brother Marcus Foligno, who plays for the Buffalo Sabres, for the NHL team.

Anaheim Ducks head coach Randy Carlyle will be behind the bench for one team, and New Jersey Devils assistant coach Mike Foligno will help out the other team.

The game will take place at the Countryside Arena, located at  235 Countryside Drive, and starts at 7 p.m.

Tickets are available online or at the Sudbury Arena box office.