'We need to find solutions beyond picking up needles': Council asks province to step up on opioids 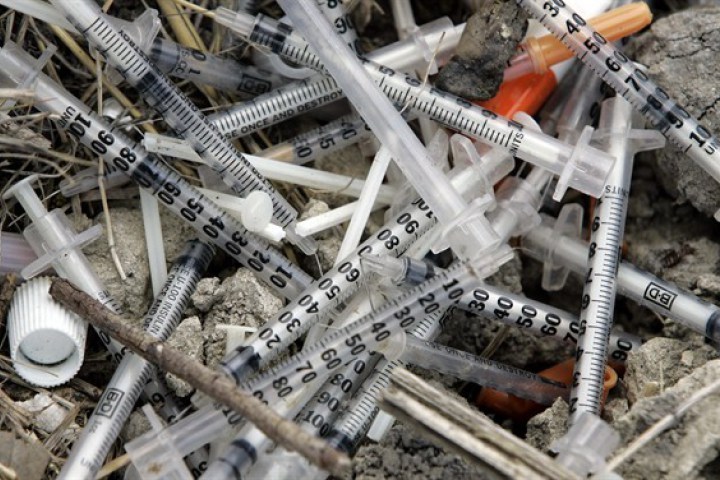 Greater Sudbury voted this week to increase the amount of money available to pick up discarded needles left behind by addicts, many of whom are addicted to opioids.

And council voted to add two bylaw officers to work around the downtown transit terminal, and to add more security staff working in the terminal on weekends.

All of those measures, however, are not solutions to the opioid crisis, said Ward 6 Coun. Rene Lapierre.

Ward 10 Coun. Fern Cormier said at the municipal level, the best they can hope for is to treat the symptoms of the crisis, even as they watch it get worse.

“What we cannot do is deal with the underlying cause,” Cormier said.

Specifically, he said more rehab beds are needed in the city, and addicts trying to recover need quicker access to them. He has dealt with families trying to get loved ones into rehab who face a six-week wait.

“That doesn’t work,” Cormier said. “Provincial and federal governments, they need to step up ... And we are not alone. Every (city) is dealing with this.”

The number of overdoses in the city have set new records in each of the last three years, peaking at 70 last May. A staff report on increasing the money available to collect discarded needles said the Sudbury Action Centre for Youth (SACY) collected 116,056 used needles in all of 2018, and collected almost as many – 108,394 – in the first half of 2019. At that rate, the number of used needles picked up from city streets will almost double in one year.

“Although the downtown core remains the largest hotspot for used syringe pick-ups, SACY has seen an increase in calls to pick up used syringes located in the outskirts of the downtown core,” the report said. “These calls are coming from all areas of the City of Greater Sudbury and SACY will respond to these complaints at its earliest opportunity. In addition, there has been an increase in requests for education from businesses, agencies, and the public.”

City councillors agreed to increase the money available next year to collect needles by $23,900, bringing the total to almost $100,000.