WestJet ending flights out of Sudbury in October 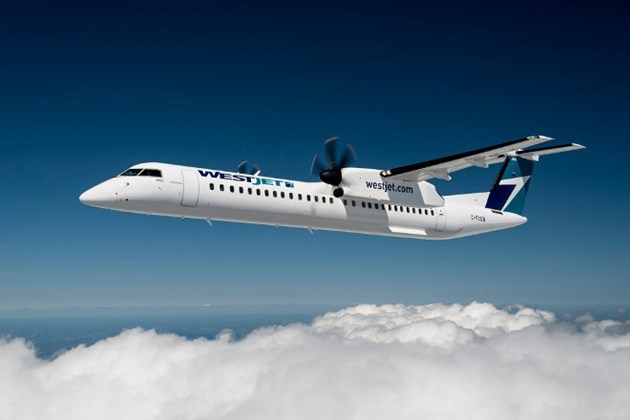 Less than two years after it returned, WestJet announced Monday that it will end flights out of the Greater Sudbury Airport as of Oct. 27. (File)

Less than two years after it returned, WestJet announced Monday that it will end flights out of the Greater Sudbury Airport as of October.

WestJet spokesperson Lauren Stewart confirmed the decision in an email, saying it's because of “weak demand.”

“WestJet bases our service on supply and demand and we review our schedule on a regular basis to ensure we are meeting both guests' and the company's needs,” Stewart said in the email. “

“Unfortunately demand did not pick up sufficiently over the 16 months that we have conducted operations from the community. This lack of demand consistently left our aircraft operating with more than half of the seats empty.

“We appreciate and understand this is disappointing news for the community.”

Before resuming in February 2017, WestJet had been absent from the airport since 2001.

In a news release, officials at the airport said the WestJet decision came despite “consistent growth and increase in passenger (guest) flow over the past year and a half.

“The Greater Sudbury Airport team has worked diligently to ensure the reintroduction of the air carrier was successful and seamless in our community,” the statement said. “It is unfortunate the airline has decided to cancel service after a year and a half.

Airport CEO Todd Tripp is quoted in the release as saying  the airport experienced 18 per cent traffic growth in 2017 and 19 per cent for the first five months of 2018.

“Although the situation is not something we projected, we will continue to service our customers and travellers with our current air carriers,” Tripp said. “Our team intends on working together to mitigate any negative impacts this may have over the next few months.

“As always, the Greater Sudbury Airport continues to strive for growth and expansion. We are committed to servicing our community, and ensuring this transition period it is as smooth as possible.”

Tripp will meet with WestJet later this week “to discuss and to comprehend the airlines decision,” the release said.

“Of course, always optimistic that the decision can be staid, with other more suitable options considered to maintain service.”

The last day of flights for WestJet out of Sudbury is Oct. 27.