What it means to be Indigenous: Boyden raises difficult questions

Defining who is and is not Indigenous is challenging, says director of Cambrian's Wabnode Centre
Jan 5, 2017 10:00 PM By: Jonathan Migneault 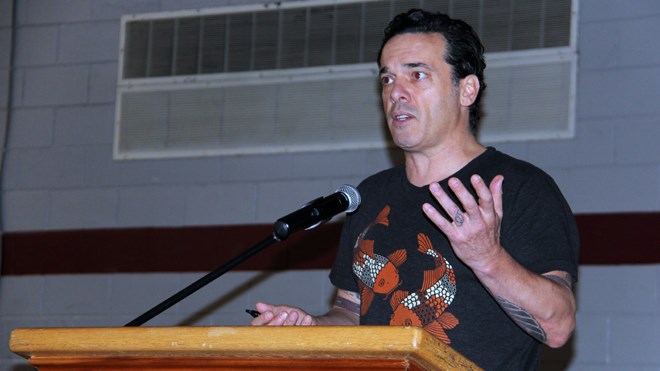 The recent controversy surrounding author Joseph Boyden, due to an Aboriginal People’s Television Network investigation that questions his claims of Indigenous heritage, presents some difficult questions about Canadian identity, says a local expert on Indigenous culture and education. File photo

The director of the Wabnode Centre for Aboriginal Services at Cambrian College says it's not his place to determine who is and who isn't an Indigenous person, but the recent controversy surrounding the ancestry of famed Canadian author Joseph Boyden poses some difficult questions.

Boyden's various claims about his ancestry were the subject of a report by the Aboriginal People’s Television Network, a report that questions his claims of Indigenous heritage.

“In Canada, how we define an Indigenous person has evolved over the years,” said Rick Ouellet, the director of the Wabnode Centre for Aboriginal Services at Cambrian College. “Anyone who has been in North America for seven or eight generations likely has some Indigenous blood in them.”

Ouellet said it's not his role to determine who is and is not Indigenous.

But he added the Boyden case is unique. The award-winning author has written at length about the Indigenous experience in Canada in books like "Through Black Spruce" and "The Orenda."

Due to his books, public appearances, and claims about his own personal Indigenous heritage, Boyden has been quoted at length by Canadian media as an authority on Indigenous issues.

“The media has taken him as a voice of Indigenous Canada,” Ouellet said.

And at times, Boyden's views have been contrary to those of prominent Indigenous Canadians.

Ouellet said that when the Canadian Museum for Human Rights opened in Winnipeg in 2008, there was some controversy when the Indigenous electronic group, A Tribe Called Red, declined an invitation to perform at the opening ceremony.

Members of the group said they declined the invitation because the museum did not recognize years of colonialism and its impact on Indigenous peoples (including the residential school system) as a genocide.

Reacting to that story, Boyden later told the CBC he would not use the word “genocide” to describe the impact of colonialism on Indigenous peoples.

But Ouellet said that based on his own experience, most Indigenous people would feel the word "genocide" is appropriate for the ongoing impact of colonialism.

But others, like Indigenous author and politician Wab Kinew, have defended Boyden since the controversy about his heritage started.

“I myself have been curious about Joseph Boyden’s ancestry, but at the same time I recognize that he is a part of our community by virtue of the relationships he has formed with many people,” Kinew told the Aboriginal People’s Television Network. “I think for many people who find out about their Indigenous ancestry later in life, there are a lot of questions about how do they belong.

"I think the way he has gone about giving back to the community, particularly in the James Bay region, taking kids to hunting camps, doing some philanthropy in some other areas and to highlight up-and-coming writers, giving them residency — they are all signs he is giving back.”

But Ouellet said Kinew is in a difficult position, because he defended Boyden's book "The Orenda," on CBC's Canada Reads.

Whatever the outcome from the Boyden controversy, Ouellet said the case is at least starting a public dialogue about what it means to be Indigenous, or a status Indian.

He said he hopes those discussions might bring more attention to the challenges Indigenous people face in Canada, especially in the northern reserves where Boyden has spent much of his time.